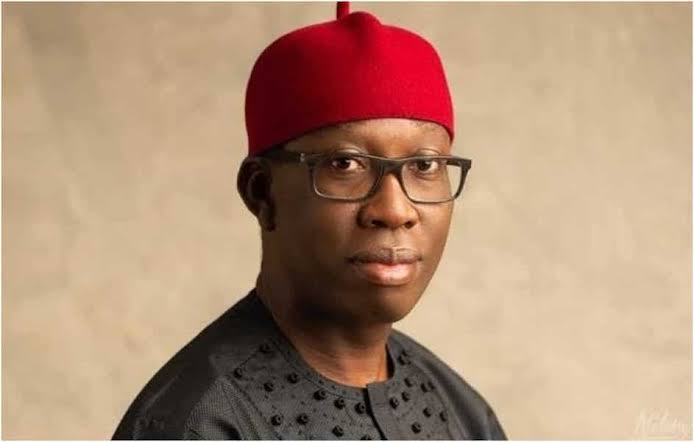 Delta State Governor and Vice-Presidential Candidate of Peoples Democratic Party, Ifeanyi Okowa, has deplored the gruesome murder of a medical doctor, Uyi Iluobe, in a hospital in the state.

The deceased was alleged to have been attacked and killed by the relatives of his patient at a hospital in Oghara in Ethiope West Local Government Area of the state.

Okowa’s Chief Press Secretary, Olisa Ifeajika, quoted the governor saying that the act of the assailants was barbaric and reprehensible.

He charged the security agencies to intensify investigation into the dastardly act, and that they should leave no stone unturned to fish out the assailants and bring them to justice.

Okowa said that the killing of the medical doctor was unjust and unprovoked, adding that it was an act by agents against peace and progress in the state, and should be flayed by every well-meaning Deltan.

He commiserated with the family of the deceased and called on residents in the state to be vigilant and report all criminal-related activities to security agencies.

The governor warned criminals to leave the state, saying that every criminal act would be tracked, unraveled and prosecuted.

“On behalf of the government and people of Delta, I mourn Dr Uyi Iluobe, a hardworking medical practitioner, who was gruesomely murdered a few days ago by agents of darkness.

“As a government, we will support the security agencies to do everything possible to unearth those behind his killing and bring them to justice.

“As Deltans, we have a duty to report all crimes and criminality around us to security agencies for prompt action, and I therefore, urge all Deltans to be part of the process of ridding the state of criminal elements,” he stated.