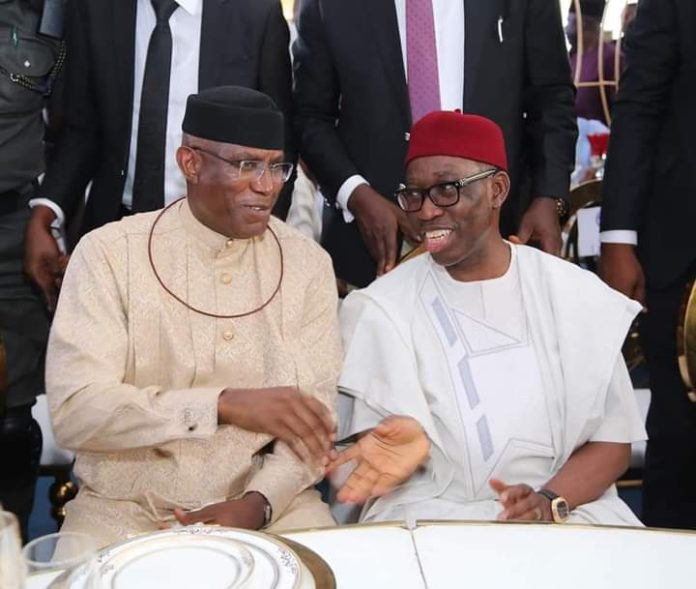 In a statement by his Chief Press Secretary, Olisa Ifeajika, in Asaba, the governor said that Omo-Agege, who represents Delta Central Senatorial District, remained an amiable and illustrious son of Delta in whom citizens were delighted about for his political accomplishments.

According to him, Omo-Agege has had an outstanding performance in the Red Chamber as one of the presiding officers and a very vocal member of the 9th Senate.

The governor specifically commended the Orogun-born lawmaker and APC Governorship Candidate for his contributions to the strengthening of laws guiding the electoral process in the country, and for all the projects he had attracted to state.

He commended the lawmaker for his astute representation of his constituents, and wished him more fruitful years of contributing to nation-building.

“On behalf of my family, the government and people of Delta, I congratulate my brother and friend, the Deputy President of the Senate, an illustrious son of Delta and a leader of note, Distinguished Senator Ovie Omo-Agege, on the occasion of his 59th birth anniversary.

“You have also shown a strong commitment to the welfare of our citizens, especially the people of your Delta Central Senatorial District where you have used your privileged office to touch lives in many ways, including projects, appointments and employments.

“On this special day of your 59th birth anniversary, it is my prayer that God will grant you many more years in good health to continue to render greater service to God and humanity,” Okowa stated.