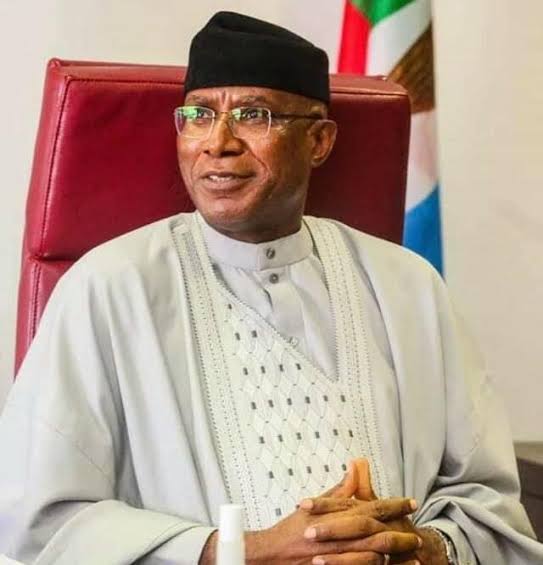 The All Progressive Congress gubernatorial candidate of Delta State and Deputy Senate President, Ovie Omo-Agege, has called on the state governor and People’s Democratic Party’s vice presidential candidate, Ifeanyi Okowa to refund the state’s money he has used to prosecute his party’s presidential campaign.

He said Deltans should congratulate themselves for forcing the state government to release funds for part payment of pension arrears to retirees in the state.

Omo-Agege noted however that the N5billion released was merely scratching the surface and urged pensioners to continue to agitate until all pension arrears are paid up.

The APC governorship candidate in a statement signed by the Director, Communication and Media Strategy, Delta APC Campaign Organisation, Ima Niboro, called on Okowa to refund all Delta State money used in prosecuting the PDP presidential campaign so far, and channel the same to pay retirees their outstanding pensions and gratuities.

The statement reads: “We congratulate Deltans, especially the APC Gubernatorial Candidate and Deputy Senate President, Senator Ovie Omo-Agege who upped the ante against the wickedness of the Okowa-led government and forced them to remember the long-suffering retirees of Delta State.

“We want to make it clear that what he has done is merely scratching the surface of the humongous N100 billion pensions and gratuities owed to our hardworking retirees.

“We are not even celebrating what he has done. But what we know is that he needs to repatriate all the money he has put in the way of the PDP presidential election. Not only to pay our retirees but to begin the serious development of the state even though we know he has just six months to go.

“It is shameful that Deltans are having this conversation at this time. This is a conversation we should never have had if he had done the right thing by our people, including retirees.

“We pledge that the incoming Omo-Agege administration will right the wrongs of the Okowa government, including the matter of pensions, because the labours of our senior citizens should not be in vain.”