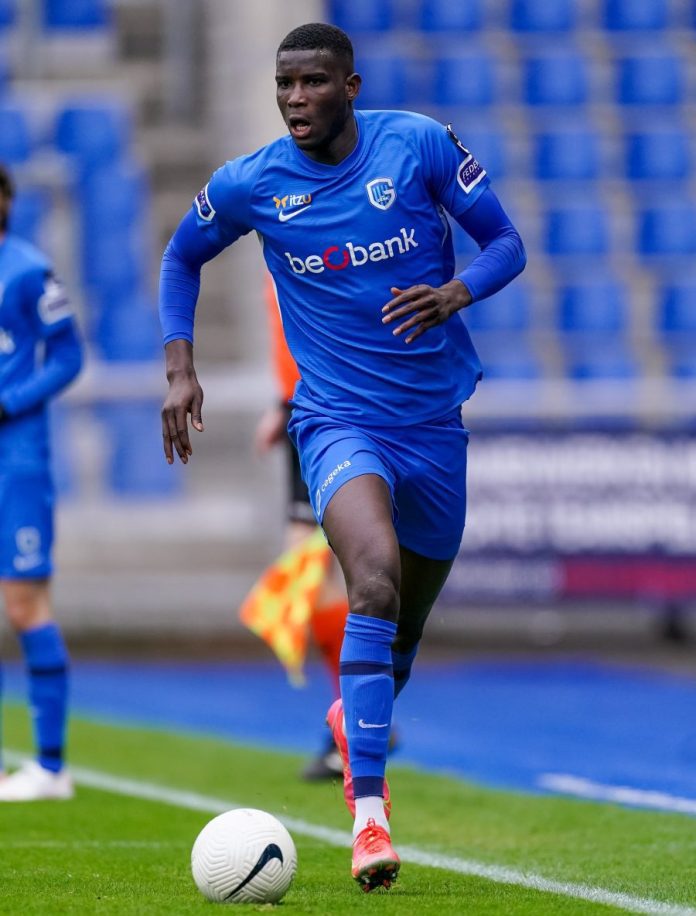 Though the departure of Super Eagles striker Victor Osimhen from the Diego Maradona Stadium is not certain, Italian Serie A side Napoli have set their sights on Super Eagles star performer Paul Onuachu.

The Serie A side is ready to bring in an alternative for the 23-year-old striker as quickly as possible in case the former Lille lad leaves Naples this summer.

According to reports one of the many options Napoli have identified and included on their shopping list is KRC Genk star Onuachu.
Recent reports from England claim that Portuguese superstar Cristiano Ronaldo is seeking an exit from Manchester United, with Napoli as a possible destination.

A swap deal with the Neapolitans for Osimhen is being mooted, with Man United likely to pay a significant sum of the Nigerian’s release clause of €120 million.

But that deal may be difficult to complete this summer.

Osimhen, who already has two goals in two league games is reportedly not interested in leaving Napoli just yet.

And the Super Eagles striker’s representative Roberto Calenda has taken to social media to pour cold water on the rumoured links to Manchester United.

“No negotiations in progress, no exchanges. Victor Osimhen is a Napoli player and wants to play the Champions League with his Napoli after winning it on the pitch with pride together with the coach and teammates,” the Italian agent said.