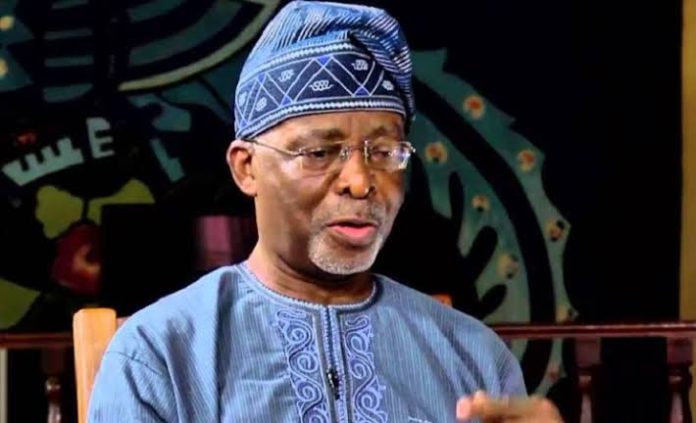 The Oodua People’s Congress has said that its latte founder, Frederick Fasehun, if he had been alive, would have kicked at the current political dispensation under which citizens suffered socio-economic hardship and insecurity.

OPC national executives, led by the president, Wasiu Afolabi, spoke after a meeting in Lagos to mark the fourth anniversary of the death of their late founder and president, Fasehun, who transited on December 1, 2018.

In a press statement by OPC General Secretary, Bunmi Fasehun, the group also said it was yet to formally adopt any candidate for the 2023 elections, be it for the legislative, the governorship, the presidency.

Afolabi said on his predecessor’s demise: “We must commiserate with our mother, Deaconess Iyabo Fasehun, on this occasion of the fourth anniversary of the death of our Founder and President, Dr. Frederick Isiotan Fasehun. We pray that God will continue to keep Mama and the children. And may God continue to steer the leaders of OPC to continue in the laudable steps laid by our legendary leader in the advancement of democracy and the welfare and protection of Yoruba people and their neighbours.”

According to the OPC President, the current hardship faced by Nigerians was a remarkable departure from what Fasehun fought for when he founded OPC in 1994 as part of the struggle to enthrone democracy.

“It is unfortunate that unlike these heroes of democracy, driven by the vision of a Nigeria that will work for Nigerians, our current leaders in the Fourth Republic have continued to lead Nigerians deeper and deeper into despair and poverty. Nigeria wallows in debt and Nigerians wallow in poverty.

“Corruption reigns at all levels and it is carried out with great impunity, with politicians and public servants getting away with corrupt enrichment.

“Nigerians are suffering under the current situation of costly foodstuffs and essential commodities. People are embracing the JAPA SYNDROME and fleeing Nigeria through highly risky means and routes. Suffering Nigerians are being driven to commit suicide because of the current hardship. Something needs to be done in a hurry to bring hope to despondent Nigerians.

“A bag of rice has risen to N45,000, an amount that is 150 percent of the minimum wage, and more than seven times the N6,000 it was when Buhari took over in 2015 from a Goodluck Jonathan government tagged as clueless and corrupt.

“Cooking gas has risen to over N10,000 from less than N2,000. The prices of cooking kerosine, aviation fuel and diesel have shot through the roof, with the government appearing to have no solutions.”

The group said that in 2023, Nigerians must choose political leaders at all levels capable of delivering the dividends of democracy and alleviate the current hardship faced by the people.