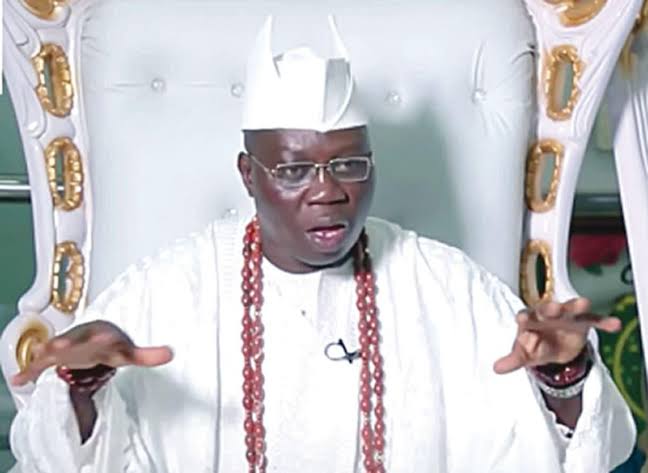 The Aareonakakanfo of Yoruba land, Gani Adams, has dismissed as untrue the news that members of the Oodua People’s Congress were involved in the crisis that erupted in Ojota, Lagos on Monday.

Speaking against the backdrop of the information making the rounds that members of OPC were part of the groups that organised the rally, Adams, in a statement by his Special Assistant on Media, Kehinde Aderemi, said the Ojota rally came as a surprise and it kept everybody unawares, adding that no OPC member was part of the crisis.

“Let me clear the air on the crisis that had engulfed Ojota this morning. There were unconfirmed reports linking members of OPC to the mayhem. I want to state it clearly that our members were not at the scene of the incident.

“Our position on regionalism is very clear. It is sacrosanct because that is what we are seeking at the moment.

“Nigeria should be restructured to full regional autonomy, where each region will be at liberty to operate at its own pace.

“It is unfortunate that the report was done in bad faith to discredit our organisation.

“How can people be so mean to spread such sensitive information that OPC attacked the Yoruba nation agitators?

“Such information was wicked, mischievous, and uncalled for and could trigger crisis and cause unnecessary disaffection between the OPC and sons and daughters of Yoruba race.

“This was the fourth time that such information had been spread against the OPC and it is very sad and unfortunate that the purveyors of such inciting information are doing it in bad faith.

“So, members of the public should not be deceived by unconfirmed reports, however,it is the sacred responsibility of the media to investigate any report before going to the Press.

“Information at my disposal from the visual contents of happenings in Ojota indicated a peaceful rally that later became awry, leaving in its wake a bitter experience that led to the death of one of the Yoruba nation agitators.

“It is unfortunate that such crisis could lead to such fracas that eventually claimed one life”, he said.