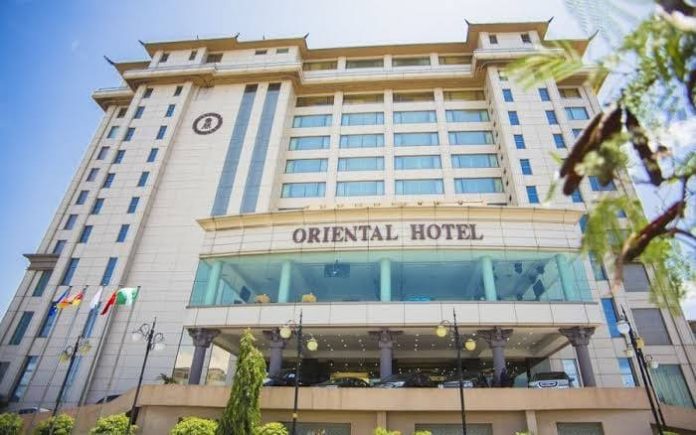 The Lekki Corridor which has lately been described as a shoreline of waste dump in a documentary released in a documentary by a Presidential Campaign Team is not a true reflection of the entire stretch of the landscape.

I will not indulge myself on the ownership of the Oriental Hotel located along the lekki Road axis but it would be of interest to the public that the part
of the land upon which the property is located was allocated to a company called Kembu by the federal government. I acknowledge an intimate relationship with this company . I’m still in possession of the Certificate of Occupancy issued to Kembu by the federal government .

It is the lack of respect for the law by the Lagos State authority that deprived Kembu of the property. It is simply a land grab.
It is a law long gazetted by the federal government that 100 meters to the shore line is a federal controlled asset. This still subsists.

The Maroko land improvement Scheme was a project started and completed by Brig-..Gen Raji Rasaki and further improved.by Military Administrators who took control of the State after his administration. It was the legendary Alhaji Lateef Jakande who had actually opened up the Lekki peninsula when the first democratic elected governor broke through the forests and the swamps with his road building crew, erecting first class roads from Ozumba Mbadiwe to the fringes of Epe, thereby opening up the Eastern corridor of Lagos State. Gbolahan Mudashiru, the military Administrator who succeeded him pushed the construction to Epe .

Of course, as the governor of the State
from 1999 to 2007, the Administration of Ahmed Bola Tinubu added one lane to the existing two and erected toll gates to generate revenues.

The general upgrades that attend the continuous service improvement on the Lekki & Eastern Corridor is a combined effort which had evolved over time and leaders at every stage of their engagement have added value to the Lekki peninsula.

Finally, just like all human activities and endeavors, Lagos is a work in progress. It is never an arrival. Government is a continuum, a progressive work in perpetual motion where all protagonists fulfil their chore and leave the scene for others to continue. That’s the rhythm of life. No one is ever etched in perpetual relevance save the grace of the living God.

APC and drama in PCC selection

ASUU: It’s a matter of Law!