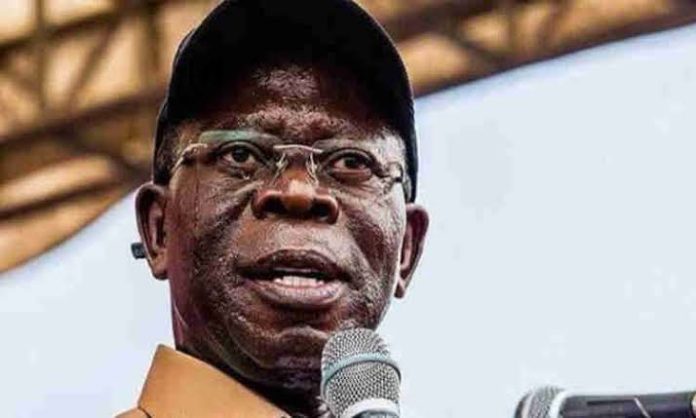 A former National Chairman of the All Progressives Congress, Adams Oshiomhole, has praised former President Goodluck Jonathan over the legacies he left behind while he presided over the affairs of the country.

Oshiomhole gave the commendation while speaking at a memorial summit in honour of the late Capt. Idahosa Okunbo on Saturday in Abuja.

Oshiomhole, a former governor of Edo, described Jonathan as a leader who led by example and also set examples for his successors.

He listed some of the legacies left by Jonathan to include conceding defeat in the 2015 presidential election and setting up almajiri schools in the northern part of the country.

“You were who you were and I was who I was in my party but with the legacies you left behind, there is no successor that can afford to do less.

“You are an example of a leader who left something behind which has become the minimum standard now and I am sure that in 2023 that will also play out,” he said.

Oshiomhole also praised the former president for setting up Almajiri schools which were meant to take the Nigerian child of school age from the street.

“You appropriated several funds in addition to the funds that were there for the Universal Basic Education (UBE) to reinforce that, so that there shall be no child roaming the field.”

He said Jonathan had demonstrated that Nigeria did not lack ideas but the will to transform them into practice.

He expressed appreciation to Jonathan for finding time to honour the late Osunbo.

He prayed for Jonathan that his good works would continue to be remembered. (NAN)