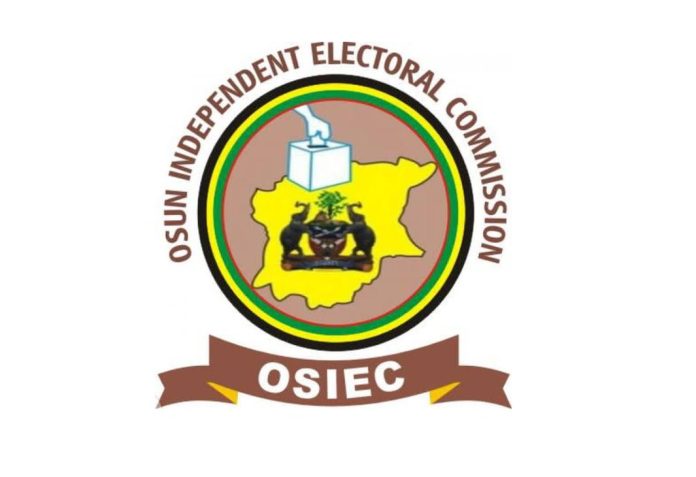 Osun Independent Electoral Commission on Sunday, declared 69 candidates who contested the Chairmanship positions in the state under the platform of the All Progressives Congress winners and presented them with certificates of return.

The commission also said 393 candidates of the APC who contested the councillors positions across the local government/Local Council Development Areas and Area Councils elections were declared winners and returned unopposed.

The OSIEC Chairman, Segun Oladitan, while addressing a press conference with the attendance of the newly elected chairmen, vice-chairmen and councilors at the OSIEC premises in Osogbo, said APC was the only party that participated in the election.

He declared and returned the 393 councilors unopposed having fulfilled requirements of the 1999 Constitution of the Federal Republic of Nigeria (as amended) the Electoral Act 2022 and the Law of Osun State Independent Electoral Commission, 2022.

Oladitan declared 69 chairmen alongside their vice-chairmen duly elected having been subjected to YES or NO votes in their respective Local Government Areas, Local Council Development Areas and Area Councils.

However, the OSIEC Chairman didn’t issue any figures of the votes cast but said all the chairmen and vice-chairmen elected had not less than one-third of the votes cast at the election in each of at least two-thirds of all the Wards in the Area Councils, according to Section 106(1) (a) & (b) of the Electoral Act 2022.

He presented certificates of return to all the new council officials from 30 Local Government Areas, 32 Local Council Development Areas and 7 Areas Offices.

Oladitan said about 24 hours to the election when the commission was at the Federal High Court, there was no legal inhibition preventing OSIEC from conducting the poll.

“It is apposite to state that as at the time of the close of nomination and deadline given for withdrawal and substitution of candidates, only one political party, i.e. the All Progressives Congress (APC) obtained and submitted the nomination forms for screening on behalf of its aspirants in all the Local Government Areas, Local Council Development Areas (LCDA) and Area Councils in the State.

“Those candidates for Chairmanship, Vice Chairmanship and Councillorship positions were screened and the lists of cleared candidates were displayed in all the Local Government Areas, Local Council Development Areas (LCDA) and Area Councils in the State.

“The glaring implication of this is that we had only one validly nominated and cleared candidate for each of the Chairmanship, Vice Chairmanship and Councillorship positions for the elections of Saturday, 15th October, 2022 in the State,” he said.

Oladitan admitted indirectly that there was voter apathy during the council election but said the commission should not be blamed for it.

He said political parties should be blamed for not mobilising the people of the state to participate actively at the poll, saying that it was not the duty of the election management body to sensitise the people to participate in the poll.

“It is very pertinent to note that there is voter apathy in the country and this phenomenon is always blamed on the Election Management Body. For example, less than 20% of the total registered voters produced Anambra State Governor while the last Osun State Gubernatorial election was about 41.6%.

“This trend is always associated with the failure of the Election Management Body whereas the fault is that of the political parties who fail to sensitize and mobilize to prepare the electorate to vote for the electorate who fail to participate.

“However, the beauty of democracy is there, where the winner will only need a simple majority,” Oladitan said.