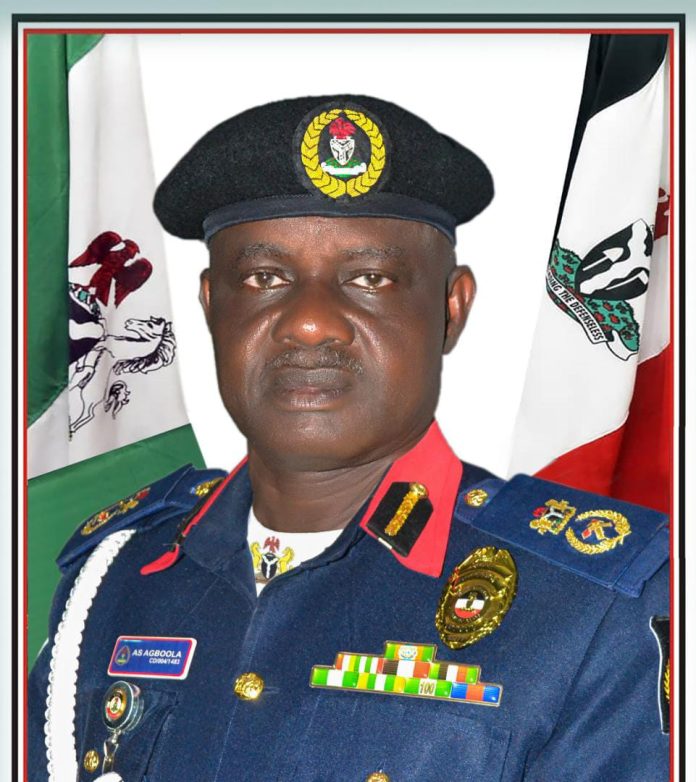 The Nigeria Security and Civil Defence Corps, Osun State Command, on Monday, paraded a 33-year-old plumber, Gbenga Olamilekan for allegedly breaking into the house of a chieftain of the All Progressives Congress, Akinwale Lawanson and carting away his properties.

Parading the suspect at the Command’s headquarters in Osogbo, the Commandant of the corps, Sunday Agboola, represented by the Acting Public Relations Officer of the command, Kehinde Adeleke, disclosed that the suspect confessed to stealing television, tow pairs of shoes, a laptop and some pieces of clothes at the politician’s house in Ilesa.

Adeleke said the suspect had been assisting Lawanson in repairing faulty plumbing pipes and other connections in the six flat apartments of the complainant’s house for the past six years.

She said Olamilekan gained access to the politician’s house when he (Lawanson) was not around, and carted away household items including kitchen utensils and a keg of palm oil.

The PRO said the a case of stealing was reported was reported to the Intelligence and Investigation Department of NSCDC, State Headquarters, Osogbo by the Area Commander of Osun East “A” Area Command, Ilesa, adding that, “upon handling over of the suspect alongside the exhibits, he (Olamilekan) was thereafter taken to the interview room where he volunteered a confessional statement.

“Findings revealed that the suspect, Gbenga Olamilekan (M,33) is a plumber who has been working for the complainant, Hon Akinwale Lawanson for over six years

“The suspect used to repair the faulty plumbing pipes and other connections in the six flat apartments of the complainant. The suspect allegedly gained access to the complainant’s house and carted away his television, a laptop, two pairs of canvas, kitchen utensils and a keg of palm oil.

“The suspect made a confessional statement admitting his culpability of the alleged crime,” Adeleke added while addressing journalists.

In an interview with the suspect, he confessed to the offence adding that he only carted the items away with a view to returning them after usage.

Olamilekan, who was weeping profusely, said, “Yes, I did it. I am a close ally to Honourable (Lawanson) and we use to hang out together. I took the items truly but was apprehended on the day I attempted to return them. I am doomed,” he lamented.