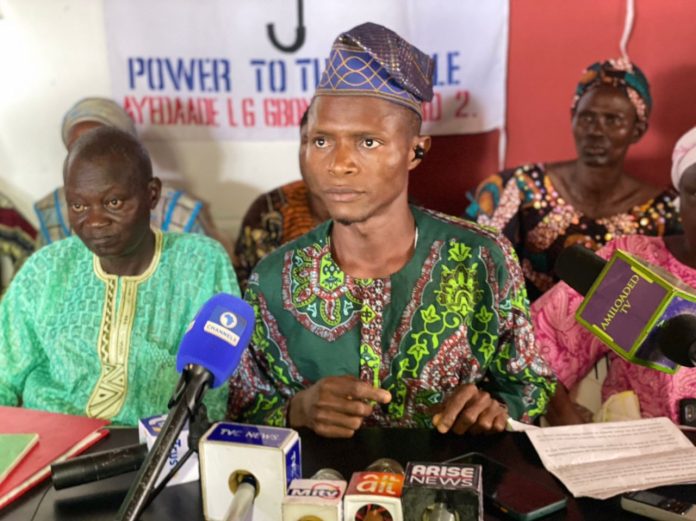 A faction of the Peoples Democratic Party in Gbongan, Ayedaade Local Government Area of Osun State, has nullified the expulsion of a governorship aspirant in the party, Dotun Babayemi from its fold over alleged anti-party activities, claiming that executive members of Babayemi’s Ward 02 who had last week announced the expulsion were illegal and not reognised by the court.

Addressing a press conference at PDP Local Government Secretariat, Oke Church, Gbongan, the Secretary of PDP Ward 02 in the town on Monday, Adekunle Munurudeen, described Babayemi’s sack as facade and nullity adding that the allegation of anti-party activities levelled against the gubernatorial aspirant were mere fabrication.

Recall that the mainstream party caretaker leadership had validated Babayemi’s expulsion after a disciplinary committee found him guilty of the allegations.

Babayemi had approached the Supreme Court after he lost at the Federal High Court and Court of Appeal in a suit he instituted against the nomination of Senator Ademola Adeleke as the July 16 governorship candidate of the party.

Munurudeen said its camp is the only valid and duly elected Ward Executive that can commence a disciplinary process by virtue of Section 57 of the Peoples Democratic Party Constitution, 2017 as amended adding that: “the persons who claimed to be the Ward 2 Executive Committee upon which they purportedly carried out the alleged expulsion of Omooba Dotun Babayemi, usurped the powers of the Ward 2 Executive Committee.”

“The authentic and valid Ward 2 Executive Committee of the party was confirmed by a valid and subsisting Court Order on the 3rd of March, 2022 and subsequently re-affirmed on the 10th of March, 2022.

“The following ordinary PDP members from Ward 2, namely; Chief Julius Awodeji, Hon Isiaka Rabiu, Bukayo Ogunleye and Lekan Adegbenle etc, who purportedly expelled Omooba Dotun Babayemi as Ward 2 Executive Committee, were not the duly elected Ward 2 Executive who were recognized and authenticated by Court of competent jurisdiction on the 3rd of March, 2022 and re-affirmed on the 10th of March, 2022 in Suit No: HIJ/6/2022.

“The said purported Disciplinary Proceedings and the subsequent expulsion of Omooba Dotun Babayemi by persons not recognised by the PDP Constitution and valid court orders is the greatest fraud and albeit void ab initio and of no legal consequences.

“As a result, the whole exercise was procedurally wrong as the constitution of party was flagrantly abused and not adhered to. To this effect, all the aforementioned PDP members who partook in this illegal charade are hereby suspended from the party pending the constitution of a Disciplinary Committee to evaluate their actions and that necessary steps in line with the Constitution of our great party PDP, are taken,” he said.

Speaking after the conference, a party leader in Ward 3, Gbongan, Mr Adelani Ajanaku, said the removal of Babayemi was a misplaced decision which took many party faithful aback.