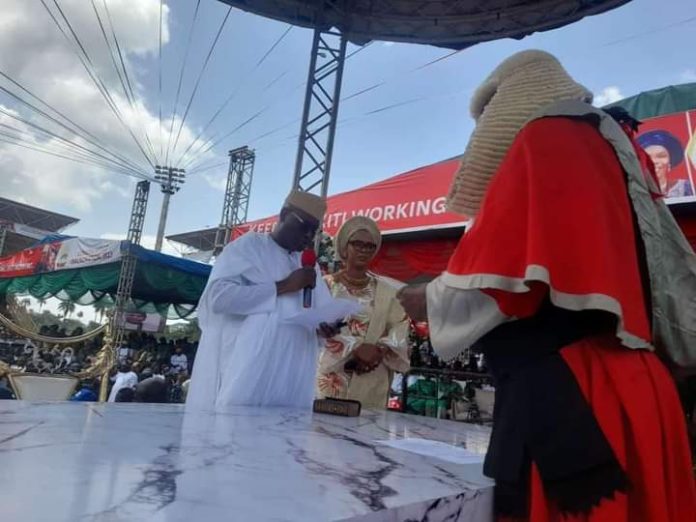 At exactly 12:53 pm on Sunday, the change of leadership in Ekiti State was finally completed with Abiodun Ayobami Oyebanji taking over from Kayode Fayemi whose four-year tenure ended at midnight on Saturday.

Fayemi had served a first term from 2010 to 2014 and was Minister of Solid Mineral Development in the intervening period.

Earlier, 64-year-old Monisade Christiana Afuye had been sworn in as the Deputy Governor.

Oyebanji, 54, won the governorship election on 18th June on the platform of the All Progressives Congress, the same party with Fayemi.

He had served as Secretary to the state government and Chief of Staff to the Governor.

Oyebanji was sworn in by the Chief Judge of Ekiti State, Justice Oyewole Adeyeye, amidst applause from the crowd present.

During the oath-taking process, Oyebanji pledged to preserve, protect and defend as well as preserve the office as governor in the presence of mammoth Ekiti people.