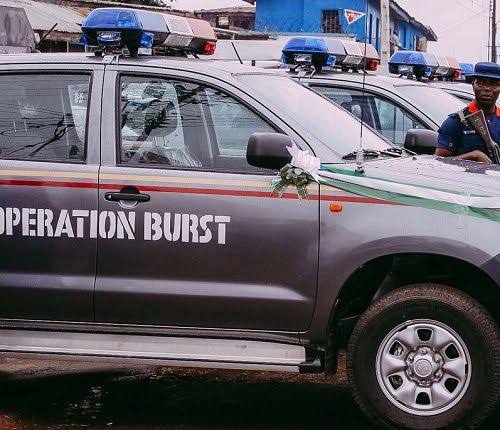 Oyo State Government, said on Tuesday, that it has approved the purchase of 25 JAC pick-up vans for security operatives in the state at the sum of N603, 881,250.00.

The Commissioner for Information, Culture and Tourism, Wasiu Olatunbosun, who made this announcement, while briefing journalists after the executive council meeting held at the Oyo State Secretariat, Agodi, Ibadan, said that the JAC pick-up vans will enhance the security of lives and properties in the state.

A statement by the Chief Press Secretary to Governor ‘Seyi Makinde, Taiwo Adisa, indicated that the Council also approved the purchase of security equipment for Oyo State Joint Security Task Force, Operation Burst at the cost of N175.4 million.

According to him, the security vehicles will enhance the job of the security personnel and protect operatives in the outfit.

The Commissioner equally explained that arrangements have been concluded for the commissioning of the Idi-Ape-Odogbo Barrack Road and General Gas Flyover to be performed by the Governor of Ekiti State, Kayode Fayemi.

He said: “We just finished the state Executive Council meeting. The Council gave approval for the purchase of 25 JAC PRISON Pick-ups for security operatives in Oyo State at the sum of N603, 881,250.00 only.

“Second is the provision of security equipment for Oyo State Joint Security Task Force, Operation Burst to enhance and protect the personnel of the outfit. The money approved for this is N175, 498, 50.00 only.

“We also discussed extensively on the forthcoming commissioning of Idi-Ape-Basorun-Akobo-Odogbo Barracks dualisation project, which will come up on Thursday afternoon by 3:30 pm.”