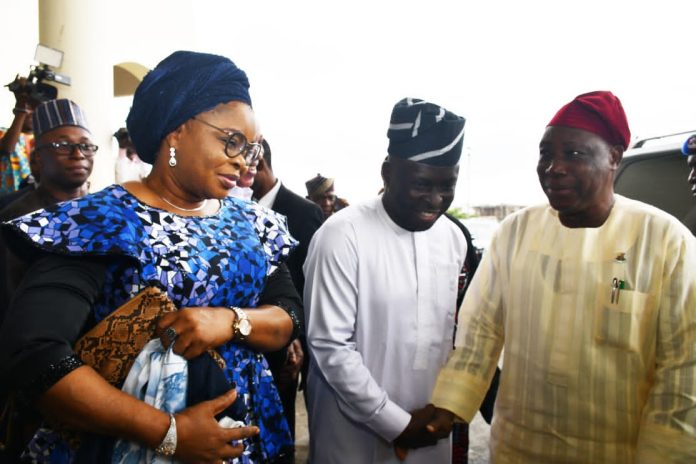 The Acting Governor of Oyo State, Abdulroheem Bayo Lawal, said on Wednesday that the administration of Governor Seyi Makinde has recorded unprecedented achievements in all sectors.

The Acting Governor further declared the Makinde-led administration has, in the last three years, operated open and inclusive governance.

A statement by the Chief Press Secretary to the governor, Taiwo Adisa, quoted the Acting Governor as saying this at the 2023 Budget Consultative Forum, the usual precursor to the new budget, held at the International Conference Centre, University of Ibadan,

Lawal, who led top government functionaries and other stakeholders to the state’s inclusive budget initiative, explained that the government, out of a total budget of N294.5billion, injected N156, 000,136,971.00 into the economy through investments in infrastructure and ensuring that people have higher purchasing power.

“As with the 2021 budget, we used the tenets of the Federation’s Fiscal Sustainability Plan (FSP) and other development aspirations as our guide,” he said.

Lawal declared that the Governor Makinde administration has embarked on various capital projects that are beneficial to the people in the past three years, stating that the administration would continue to fulfill its promise to deliver massive infrastructure projects that target the economy and cuts across the state.

He equally explained that the government has constructed 56 Model Schools in three years, while it has also completed the renovation of 299 Primary Health Care Centres in its drive to ensure the existence of at least one functional PHC in each of the 351 Electoral Wards of the state.

He added that the government has approved the recruitment of additional 500 corps into the Oyo State Western Nigeria Security Network codenamed Amotekun, adding that the exercise will enhance Amotekun’s performance and further deepen the security architecture of the state.

He said: “Today presents another clear opportunity to make good our commitment to the democratic norm of running a people-centred government.

“We have, in the last three years, demonstrated that an open and inclusive government is not only desirable but very possible.

“This is the fourth series of stakeholders’ consultative and engagement meetings we have had with our people in keeping our promise to always involve them in the budgetary process and set your input whenever we are processing the state budget.

“No doubt, the town hall meetings, one of the many platforms of our engagement and consultation with the people, have produced positive outcomes and are expedient in providing perceptive ideas with valuable recommendations on how to serve our people better.

“We are indeed encouraged and motivated by your various contributions at the previous Town Hall Meetings held across the seven geo-political zones of the state in the last three years.

“This time round, and in line with our tradition, we are embarking on another round of Town Hall Meetings to give stakeholders the opportunity to contribute to the direction of the Year 2023 budget.

“It is our fervent hope that these interactions will bring you on board and avail you with the opportunity to voice your concerns and preferences, while we shall continue to update you on our policies, programmes and plans. We assure you that your opinions will significantly impact our future activities.

“Since the assumption of office three years ago, this administration has progressed significantly with the tasks of transforming the State from poverty to prosperity.”

The Acting Governor equally stated that at the end of the year’s rainy season, the government will commence the rehabilitation of rural roads through the RAAMP project and secure financial support from the development partners for rural roads, agro logistics, and market and industrial hubs.

Earlier, the Commissioner for Budget and Economic Planning, Musbau Babatunde, said the programme was a further attestation to the all-inclusive nature of governance under the present administration in Oyo State and its resolve to enshrine the principle of equity and participatory approach to governance.

Babatunde stated that a stakeholders’ meeting of such nature was a genuine platform where all opinions would not only be explored but would be critically examined for the growth and development of the state, stressing that having a people-oriented budget has always been the priority of the Makinde administration.

The programme was attended by government officials, the traditional institution, Civil Society Organizations, and stakeholders from all the local governments that make up Ibadan City.