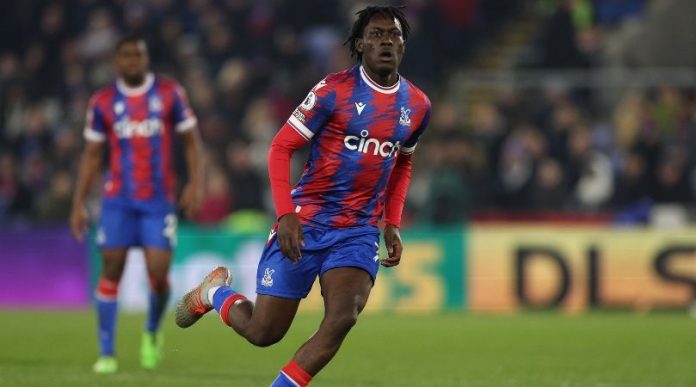 Newcastle United goalkeeper Nick Pope made the big save of the game to deny Jean-Philippe Mateta from breaking the deadlock in the second half.

Palace, with three Nigeria-eligible youngsters tasting action, were able to prevent one of the big boys in this season’s Premier League from finding the net.

Eberechi Eze was replaced by another Nigerian Football Federation (NFF) target Michael Olise in the 65th minute and the big news was the introduction of Valencia-born Nigerian defensive midfielder Ozoh in the 90th minute.

Wearing the number 77 at the back of his jersey, Ozoh became Crystal Palace’s youngest-ever player in Premier League history after coming on for Odsonne Edouard.

Aged 17 years and 260 days today, Ozoh broke the club record previously held by another Nigerian player George Ndah who made his Premier League debut for Palace at 17 years, 11 months and 5 days.

Ozoh, who signed his first professional contract in August 2022, has admitted that he models his game after Crystal Palace manager Patrick Vieira.

“I look up to him now as he is the first team manager and I’m compared to him. I try to base my game off his abilities, but I also like the Yaya Toure comparisons.”

Ozoh was an unused substitute in four first team games before making his professional debut against Newcastle United at the weekend.