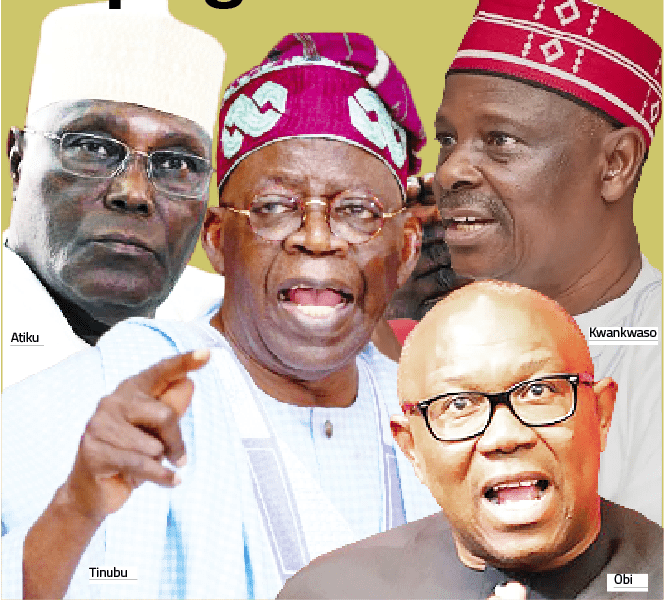 Since the campaign season kicked off on September 28, it has become apparent that major political parties have unresolved problems to contend with. This has led to a spate of postponement and cancellation of already announced programmes and dates while some are yet to fix any date.

The main opposition Peoples Democratic Party momentarily cancelled their campaign schedules after kick-starting it in Uyo, the capital of Akwa Ibom, South-South Nigeria.

The party and its presidential candidate, Atiku Abubakar received a shocker when the Governor Nyesom Wike-led camp of five governors and other prominent party chieftains shunned the campaign opener despite every effort at reconciliation.

The five governors, Nyesom Wike of Rivers State, Ifeanyi Ugwuanyi of Enugu State, Okezie Ikpeazu of Abia State, Seyi Makinde of Oyo State and Samuel Ortom of Benue State were conspicuously missing at the Nest of Champions stadium venue of the campaign in Uyo.

The PDP, realising that the situation would worsen the image of the party, quickly called off other dates and swung into action to press for reconciliation with fresh moves led by some founding fathers and leaders of the party led by former Senate President David Mark but rather than the move yielding positive results, the party only got more shocker from Wike and his team. They have been insisting that the National Chairman of the party, Senator Iyorchia Ayu must go for Atiku to have their support.

But Ayu has rebuffed every call for his resignation even when the calls were laced with heavy accusations of bribery and other scandals. He has embarked on defending and absolving himself of the allegations from Gov Wike and maintained his stance that his office was not attached to who emerged as the party’s standard bearer.

While the PDP was battling with the near rebellious action of the five governors, the ruling APC was embroiled with discounted and was frantically searching for ways and means to forge a united force going into the campaign.

The Party’s National Working Committee members completely disagreed with its Presidential candidate, Asiwaju Bola Ahmed Tinubu, who was accused by the party of dumping the APC manifesto in his campaign programme.

The APC bigwigs then met in Abuja to agree on the manifesto to be presented to the people but the meeting ended in a stalemate. The meeting was attended by representatives of the Progressive Governors Forum, the Presidential Campaign Council, the NWC and the presidential candidate.

At the end of the meeting, the spokesman of Tinubu/Shettima Campaign Organisation, Festus Keyamo, allayed all fears and declared that all was well with the party.

He said the meeting addressed all complaints that rose from the release of the PCC list and that everyone’s interest has been captured and protected.

But a party chieftain who spoke to The Point and pleaded that he be not mentioned at the national secretariat of the party, maintained that there was no way the party will go to campaign with President Buhari and other juggernauts of the party and the candidate will mount the podium and starts talking about what he did in Lagos over two decades which invariably would be rubbishing the party.

Though Labour Party initially scheduled Tuesday 18, for kick-starting its campaign, the party was also enmeshed in squabbles rising from a choice of persons in the PCC list. This forced the party to hold an expanded NWC meeting where they claimed to have thrashed the matter.

The Party’s National Chairman, Julius Abure, while addressing the media at the end of their meeting said they have removed those included in error and will add those who were supposed to be on the list but were erroneously omitted before they begin the campaign.

The presidential candidate of the party, Peter Obi, later announced that because of the devastating effect of the flood across the country, he would be putting his campaign on hold for a while. He also called on others to do same.

Social and political commentator, Chris Abaecheta, described what happened with the political parties as a pointer to the fact that Nigerians are wiser politically which has made the politicians and their parties to critically assess themselves before going public.

“I want to say that the postponement, adjustment and cancellation of campaign by political parties even when the embargo has been lifted by INEC some weeks ago is a good omen. It shows that the politicians are jittery. They want to have something concrete before appearing on the podium to make promises. It’s no longer business as usual. No Nigerian is ready to listen to lies this time around and because of this awareness, the parties and their candidates want to have a sucker punch that will eliminate their opponents and give them victory at the polls.

“All the excuses the frontline political parties are making are just an alibi, what you must know is that APC and PDP have been taken unawares by the emergence of Labour Party’s Peter Obi and the overwhelming support he is enjoying. You may term it social media support; the fact remains the two dominant parties are not resting on their oars because there is fire on the mountain. No wishy-washy campaign can sell any party and its candidate, that is why you see all the adjustments,” he said.

In a related intervention, a lawyer and political analyst, Emma Ejoh, said the fact that the electoral umpire is moving steadily to assure all that votes will count, has become the beginning of wisdom to parties and their candidates. He said the Prof Mahmood Yakubu-led INEC seems to have got it right this time around.

“I noticed that no political party wants to take chances. They want to go to the field with the best news and stories for the electorates that will assure them of a better Nigeria in 2023. The era of mounting the podium and beginning to dance and dishing out fables in the name of election promises that will never be fulfilled is over. Now before you convince anybody to vote for your party or candidate you must have something on the ground that speaks for you, so since there is little or nothing to show, the political parties and their candidates are jittery.”

Ejoh further blamed greed on the part of politicians for the squabbles leading to what he called “season of postponement and cancellation of campaign schedules by political parties.” He used the case of Gov. Nwike against his party, the PDP to buttress his point.

“Look at PDP for instance, Governor Wike and the other four colleagues of his who shunned the party’s campaign opener did that because of violation of the Party’s due order for the hierarchy of its leadership but have that concerned allowed justice to prevail is another issue. Also, those whose names were missing on the lists are fighting tooth and nail to get into the list because “they must be part of sharing the campaign largesse. Absolutely, greed and selfishness and that is the embodiment of our politicians which must be eradicated and our youths are ready to change the trend.”

Nevertheless, the die is cast. Whether the politicians and their parties are ready or not, they must appear before the electorate who are anxiously waiting for them at the polls.

It is not really clear what the New Nigeria Peoples Party and its presidential candidate, Rabiu Kwankwaso, are doing about their campaign. As one of the top four contenders in the 2023 presidential election, the party has yet to begin its campaign thus fuelling speculations about what the leaders of the party are really up to.

While the trio of APC, PDP and LP have remained on the front burner, NNPP seems to be playing hide-and-seek games with campaigns. The party has not told Nigerians anything newsworthy concerning the formation of its Presidential Campaign Council (PCC) three weeks after INEC said the parties and their candidates are free to launch their campaigns.

The same goes for the African Action Congress and its presidential candidate, Omoyele Sowore. It’s either they are pretenders or the electorates do not reckon with them.

Bala Garba, an economic and social critic, holds the opinion that the NNPP and its presidential candidate, Kwankwaso are gradually becoming spectators even though the party maintained that it was in it to win the right to occupy Aso Villa.

“The day Senator Kwankwaso and Peter Obi failed to team up when Obi left the PDP and was said to be discussing with Kwankwaso but the finally failed to consummate the planned alliance was the day I gave up on NNPP.

“People are speculating that he will step down for either Atiku or Tinubu, depending on who amongst them that will give him a good bargain but I don’t believe so.

My thinking is that he wants to use this space to take over Kano State which is his primary concern. Unlike Atiku, Obi, and Tinubu, news on what is happening with Kwankwaso has completely died down, the regular news coming from the party is denial or refuting claims by people that he is planning to collapse his presidential ambition into Atiku’s or Tinubu’s. Till date, what has taken over the political space is the formation of PCC, yet no mention of that of NNPP. If not now, when are they going to form theirs and flag off their campaign or do they want to take the people by surprise?

“A politician of Kwankwaso class should be serious with his presidential ambition since he has declared and joined the race otherwise his die-hard loyalists will abandon him forever. He should make public his PCC so that Nigerians will know the level of his seriousness before the election,” he stated.

Garba who described what is happening with the trio of PDP, APC and LP campaigns as expected also said the events will assist the voting populace to know more about the parties and their candidates and finally make their choice.

“The crises arising from the formation of PCC by these political parties are an early warning to us as voters to be wise with our decisions on who to cast our votes for in 2023. The top three parties have one issue or the other rising from the formation of their PCC and as I said, it is a warning signal we must not disregard. Now that the candidates have realised that Nigerians are no longer docile, which is why they cancelled, some postponed others yet to announce the flag off of their campaign, we the electorates must cash in on this to subject them to do our bidding. They must possess the qualities of turning the country around economically because that is the bedrock of good governance to earn our votes,” he said.