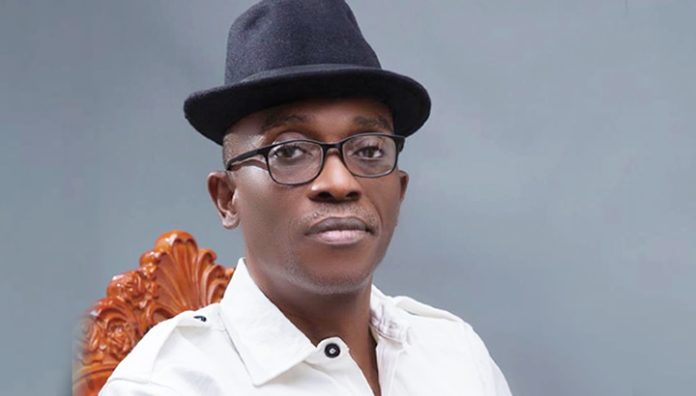 The Labour Party has been receiving massive support at the national level ahead of the 2023 presidential election. However, the same can’t be said about the party’s governorship candidates in various states. The party’s national chairman, Julius Abure, in this interview with MAYOWA SAMUEL, speaks about the crisis rocking the state chapters of the party, and other national issues. Excerpts:

According to a factional Labour Party chairman in Lagos State, Ifagbemi Awamaridi, you have been declared wanted by the police over your alleged involvement in the forgery of the signature of factional Ebonyi LP governorship candidate, Oko-Eze in the Form 11b of INEC substitution form. Can you confirm or deny that?

Is it not when you invite somebody for questioning and he didn’t come that you declare him wanted? I’m here, I’m free, and nobody has invited me for a meeting. So, it’s fake news.

Are you aware of the alleged detention by the police of another factional party chairman in Ebonyi State, Edward Okereke, over the same forgery case?

I’m not aware of that.

What is the update on the arrested Ebonyi South senatorial candidate, Linus Okorie?

Until I have an update on that, I can’t speak on that now because I’ve not heard from the family for a while.

“We don’t need to win all parts of the country. Once we win the majority, we are fine. I’m sure that we will win the majority. Our chances are very bright across the federation because we believe that the people are with us. In a democracy, once you have the people, you are sure of winning. We believe that if the process is free and fair, we will win and emerge victorious in the election”

How do you intend to resolve the crisis within your party in Ebonyi State?

There’s no issue in Ebonyi State. Somebody is aggrieved and he went to court, the court will resolve it. You can’t stop people from going to court, whether they have frivolous cases or not.

Why is your party riddled with crises? There is one in Lagos, another in Ebonyi and a few other states.

If we have 36 state governors running for election, if we’ve conducted primaries for 36 state governors and then we have conducted 360 House of Representatives, and we have concluded 109 Senate, but we have disagreements in two or three states, then it’s a pass mark. Concerning the issue of Lagos, the immediate past chairman, Awamaridi is the one that is stressing it as if there is a crisis, meanwhile there’s no crisis in the party in Lagos. But of course, you know in every political setting, because it’s a game of interest, people have conflicting interests. Once you don’t meet their interests, there will be conflicts here and there. But we have tried to manage all those conflicts and I think we are doing very well in it.

How do you respond to the allegation that the Labour Party forged the signatures of duly elected candidates for other candidates who are mostly defectors from their parties, after you were allegedly bribed?

I have the INEC Form 11b of the withdrawal form here that was submitted to INEC by your party, which was also signed by you. The Form 11b shows that Eze-Oko’s signature under his name and picture was different from the signature on his original LP membership card. Eze-Oko also confirmed this, insisting that the signature under his name and picture on the Form 11b was forged. How do you respond to that?

I’m not with them here now, so I won’t be able to see it. And if it’s already a matter in court, don’t expect me to start commenting on it.

Awamaridi told The Point that he came to Abuja on the day of the deadline for submission of names of candidates for Lagos after the party’s leaders refused to send him the email in which he was supposed to send the names of the Lagos candidates. He alleged that you told him that INEC demanded for N30 million before they can accept the list of his candidates in Lagos. What’s the truth regarding that?

He’s lying now, how can he say so? When we were the ones struggling that he should bring his list of candidates. Why was he removed as Chairman? Was it not because he didn’t bring the forms for uploading of candidates? That’s the issue he’s having with us. Nobody demanded any money from any person. Awamaridi did not bring the forms.

How do you see the chances of your party in its attempt to wrestle power and upstage the more formidable APC and PDP come 2023?

The issues are clear. The people are tired of APC and PDP. Democracy is about the people. It’s for the people and by the people, so it is the people that will make the decision. From what we’ve seen, the people are tired of APC and PDP, and they are determined this time to make a change. After all, APC made changes in 2015, so it’s the turn of the Labour Party now, to make changes in 2023. The greatest power and asset we have right now is that we have the people with us, that is the greatest arsenal you can have. So, we are winning the election, it’s very clear, we are working hard round the clock to continue to mobilise the people for us to win the election. We are very good to go.

The two major parties, to a very large extent, have structures to get votes, which the Labour Party doesn’t have. How much of a challenge do you see in your party’s attempt to win the 2023 election?

At the Osun governorship election, the Labour Party wasn’t able to pull enough weight. How do you now intend to do that across the country, especially those that are strongholds of the APC or PDP?

We don’t need to win all parts of the country. Once we win the majority, we are fine. I’m sure that we will win the majority. Our chances are very bright across the federation because we believe that the people are with us. In a democracy, once you have the people, you are sure of winning. We believe that if the process is free and fair, we will win and emerge victorious in the election.

The Conference of Nigerian Political Parties recently went to some embassies to show them evidence about attempts to remove the INEC Chairman, stop INEC from using BIVAS for the election and manipulate the voters’ register. How do you react to this?

Well, if it is true, it is condemnable because you knew what it took Nigerians to be able to struggle for the amendment of the Electoral Act. This was born out of the passion to have a free and fair process that will engender fairness, equity and justice, a process that will ensure that the right candidate who has what it takes is the one who takes over office. Therefore, if the ruling party is working to subvert the wishes of the people, we condemn it in its entirety and advise the government not to embark on such an act because it will be a coup against democracy and the people, and it can obviously not stand. So, if they have that in mind, I will advise them to desist from it. It will not be in their interest to do so and I’m sure that the people will not accept that.

The Benue State Governor, Samuel Ortom, publicly said he would have supported Peter Obi if he wasn’t a member of the PDP, he would have been supporting Peter Obi for presidency. Does this add to your confidence as the election approaches?

That’s good for us. I congratulate him for making that bold statement. And I want to urge him that he should not rest on his oars and support us publicly and openly.

Campaigns have started and organisations have invited presidential candidates to give speeches on their respective plans for the country. However, the ruling party’s candidate has ditched most of them. Do you think the electorate will revolt against him with their votes because of that and do you see that working to your party and candidate’s advantage?

“if it is true, it is condemnable because you knew what it took Nigerians to be able to struggle for the amendment of the Electoral Act. This was born out of the passion to have a free and fair process that will engender fairness, equity and justice, a process that will ensure that the right candidate who has what it takes is the one who takes over office”

What’s your assessment of the President Muhammadu Buhari administration in the last seven years?

All the promises they made since 2015, they were unable to keep any. They promised to deliver security, today security is worse. When they took over in 2015, the number of out-of-school children in the north was seven million, today; it’s already above 20 million. Our external reserves have been depleted. Today, inflation is higher, when they took over in 2015, inflation was single digit, today, it is double digits, 20.8 percent. More people are in poverty. Nigeria today is described as the poverty capital of the world. More people are hungry; insecurity is more this time, more than ever before. People can’t travel, trains are attacked, and criminality has taken over. Nigerians were more united in 2015, today, we are now more divided. Nepotism and tribalism is reigning supreme. Health care is also deteriorating; this was exposed in 2020-21, during the COVID-19 pandemic where it became very apparent that we had no single record of health care. That’s where we are, you can assess yourself. The records are there. I’m only reiterating the obvious. These are verifiable facts that are available.

For insecurity in the country, in the past one month, we have been hearing news of soldiers in the north, killing, neutralising bandits and others surrendering. Can you regard it as an improvement in their fight against insecurity?

There is no improvement, people are kidnapped, killed every day. People can’t travel by road, can’t go to their farms. Kuje prison was attacked and till today, nothing has happened. So, what has improved in security?

‘BVAS, electronic transmission of results have changed narrative of election administration in Nigeria’