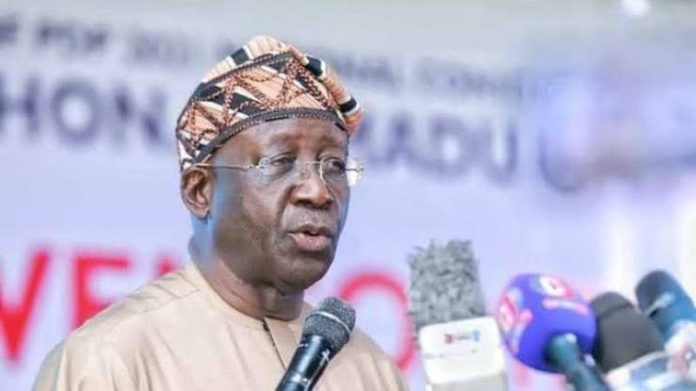 The National Chairman of the Peoples Democratic Party (PDP), Dr. Iyorchia Ayu, has denied allegations of looting party funds levelled against him by party stakeholders.

In his first public reaction to allegation of mismanagement of the party’s fund, Ayu argued that he was elected to return the party to power and not to loot its funds.

Ayu told the Forum of Elected Ex-Officio Members of the party who paid him a solidarity visit at the PDP National Headquarters on Friday that although he has many faults as a human being, “stealing was not one of them.”

He said the present NWC is being guided by the principles of transparency and accountability, adding that he has instructed the Finance Department to maintain an update on the party’s income and expenditure account for presentation to the Party’s National Executive Committee (NEC) at the first-year anniversary of the present NWC in December.

“I have been a leader of the National Assembly. I have been a minister many times. As a person, I have many faults, but stealing is not one of them. I am conscious of my place in history, and the NWC that I lead is guided by the twin-principles of transparency and accountability.

“You may be reading many things and expecting my reaction. If we don’t always talk, it is because we want to maintain and build cohesion in the party. We don’t want continuous altercations in the PDP family. Our eyes are on the big picture i.e. winning the 2023 general elections.

“Let us keep our eyes glued on the big picture. Everything else is secondary. We took office because there was crisis in the party. And we don’t want to keep moving from crises to crises. It’s not good for the party. We can’t be in perpetual crises, especially where the crisis is artificial.”