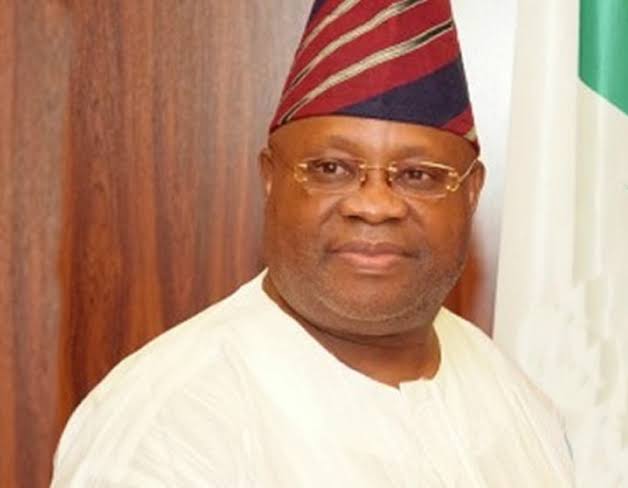 Osun State Chapter of the Peoples Democratic Party has congratulated the state Governor-Elect, Ademola Adeleke, for the victory recorded at the Federal High Court, Abuja, in a suit instituted against his nomination as PDP candidate in the July 16 governorship election in the state.

A Federal High Court in Abuja had on Thursday struck out a suit filed by one Awoyemi Olutayo Lukman against the Governor-Elect on the grounds that the plaintiff lacked locus to institute the case.

Delivering judgement on the matter, Justice Obiora Egwuatu described the suit as improper, statute barred and therefore, the court lacked jurisdiction to hear the case.

In a congratulatory statement made available on Thursday, the State PDP Caretaker Committee Chairman, Dr Akindele Adekunle said: “the PDP welcomed the court pronouncement as further testament to the fact that the popular mandate of the people given to Adeleke on July 16, couldn’t be stolen by any agent of darkness, masquerading around in whatever name and stature.

“The PDP described as futile and empty, unscrupulous attempts by those he described as agents of destabilization in the state to steal mandate of the people through the backdoor, as such efforts are mere inordinate attempt to wrestle against God and army of the people of Osun State, in a battle already won fair and square,” he added.

Akindele further expressed confidence that the victory recorded by Adeleke at the poll was like a tree planted by God Almighty, which makes it absolutely impossible for anyone to uproot. He assured residents of the state that the Governor-Elect appreciated the unwavering support of the people being demonstrated on daily basis even after the governorship election.

The overwhelming support from all segments of the state, according Osun PDP helmsman, would continue to inspire Adeleke as he looked forward to delivering on his electoral promises to the people.

The Federal High Court, Abuja on Thursday struck out a suit filed by Awoyemi Oluwatayo Lukman, seeking to void the nomination of Adeleke as governorship candidate of the party.

Lukman had dragged the Independent National Electoral Commission (INEC), PDP and Adeleke before the court seeking order to void and set aside the submission of Adeleke’s name to INEC on grounds of alleged unlawful action.

Lukman argued that Adeleke’s name was hurriedly submitted by PDP on March 11, 2022, as against between March 14 and 18 provided in the INEC guidelines.

He maintained that having submitted Adeleke’s name before the period fixed by INEC, the court should declare the submission illegal, unlawful, null and void and be set aside.

He also claimed that INEC must be bound by its official guidelines and that anything done outside the guidelines should be considered to be against the provisions of the Electoral Act 2022.

However, in his judgment, Justice Obiora Egwuatu struck out the suit on the ground that the said Awoyemi Oluwatayo Lukman lacked locus standi to have instituted the case.

Justice Egwuatu also held that the suit was statute barred having been fixed outside the 14 days stipulated by Section 285 of the 1999 Constitution that all pre-election suits must be filed within 14 days whereas, the instant suit was filed after 28 days.