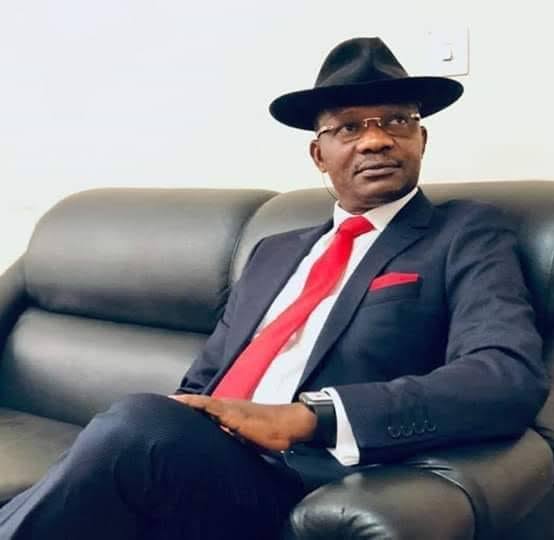 The Peoples Democratic Party will kick off its 2023 campaign on October 10 in Uyo, the capital of Akwa Ibom State. Presidential Campaign Spokesman, Charles Aniagwu, made this known on Tuesday just as he assured that the crisis rocking the party would soon be a thing of the past.

Speaking on Kakaaki, AIT, Aniagwu said the party’s reconciliation efforts were yielding results bringing hope of resolving the crisis in no distant time into full focus.

He said that having inaugurated its Campaign Council, the party would flag off its campaign on Monday in Uyo, the Akwa-Ibom state capital.

According to Aniagwu, the party’s Presidential candidate Atiku Abubakar, his running mate, Senator Ifeanyi Okowa and other leaders of
the party were working hard to resolve all contending issues to enable it to present a common front ahead of the 2023 general elections.

“Atiku has said he is not going to leave anybody behind so what we are doing is to ensure that everybody comes on board.

“Not long ago we inaugurated the Campaign Council and that means that the train has left the station but we are very mindful of the fact
that as we move along the track of the 2023 general elections, we will stop at different stations to pick both old and new passengers.

“One of the causes of agitation in the country is the inability of the APC to carry parts of the country along in the governance process.

“But beyond the issue of the votes, Atiku is interested in carrying everybody along even after winning the election by the grace of God,”

He said Atiku’s 5-point agenda encapsulated in his policy document would address the nagging issues bedeviling the country.

“We are urging all Nigerians including those who are non-aligned to see the need to embrace the Atiku-Okowa ticket in their quest to govern Nigeria from 2023.

“It’s on record that Atiku is the only candidate that has been able to bring up a manifesto which is called “My Covenant With Nigerians.

“What he is doing now is part of his desire to carry everybody along and we commend our other governors for remaining in the party to express their grievances within the party.

“I can assure you that at the end of the day the PDP will move as one family and as a cohesive force in addition to bringing other Nigerians on board with a view to reversing the ugly situation that we find our country today.

“Be rest assured that in no too distant time, you will see a very peaceful PDP.”

He further said the Atiku-Okowa mandate would take care of the desires of the country’s youth population and urged Nigerians to support the ticket in its bid to rescue, rebuild and reposition the country from what he called the “ineptitude of the APC-led Federal Government.”

“With Atiku’s plan, a number of issues that agitates the youths of our country would be addressed so that the country can begin to function and function properly,”

He said the APC was always referring to Lagos because the federal government had failed in the past seven years, adding that Abuja was
becoming congested because the APC failed to construct new roads in the Federal Capital Territory.

“Because their performance at the national level is very abysmal hence they are running away from their real records and always referring to Lagos, a Lagos that gets flooded anytime it rains or the Lagos that people can’t move freely because of traffic congestion?

“For us we are going to by the grace of God talk about the country that works for all of us, not a Lagos that is not even adding value to the standard of living of the people who live there.

“The kind of traffic congestion now in Abuja wasn’t there in 2015 and this is largely because the APC government has not been able to
construct new roads since 2015 when they came on board,” Aniagwu stated.