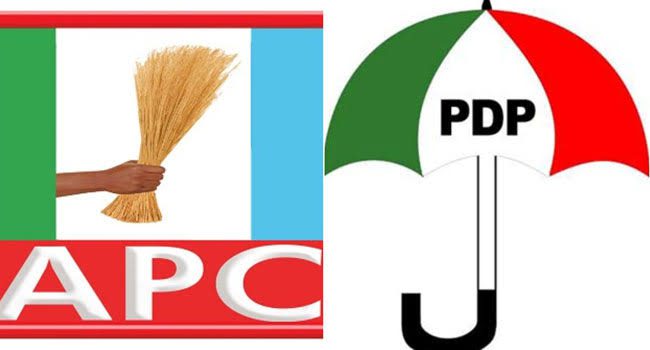 The Lagos State chapter of the All Progressives Congress (APC) has reacted to the emergence of popular actress, Funke Akindele popularly known as Jenifa, as the running mate to the governorship candidate of the Peoples Democratic Party (PDP), Dr. Abdulaziz Olajide Adediran, aka Jandor.

The party in a statement by its spokesman, Seye Oladejo, on Tuesday described the main opposition party as moribund which chose a governorship candidate days before its primary and a running mate from a “make-believe industry.”

Oladejo claimed that the lack of credible candidates in the maim opposition party was the major reason for low voter turn outs in Lagos, adding that the nomination of Akindele “underscores the unseriousness of Lagos state PDP.”

He said, “This amounts to trivializing the importance of the forthcoming gubernatorial elections by giving political neophytes who have absolutely nothing to bring to the table their electoral tickets.

“It also shows lack of depth in the party as regards quality members to put forward for elections if they could give a member who crossed-carpeted a few days before their primaries the governorship ticket and now went to the make-believe industry to fetch a deputy.

“The reason for voters’ apathy is, undoubtedly, due to lack of credible alternatives by the moribund opposition party.

The party spokesman also mocked Akindele’s suspension of her acting career and her marital challenges, adding that Lagos will be turned into a ” needless experiment or a sitcom.”

“I was amused to read that the deputy governorship candidate said she was suspending her acting career for the elections whose result is highly predictable. I guess she’s suspending a lot more because she has been in the news of recent for all the wrong reasons.

“Lagosians will certainly not allow governance to be turned to a needless experiment or a sitcom. Governance is serious business not a circus.

“Congratulations in advance to the duo of Governor Babajide Sanwo-Olu and his deputy, Dr. Obafemi Hamzat,” Oladejo stated.