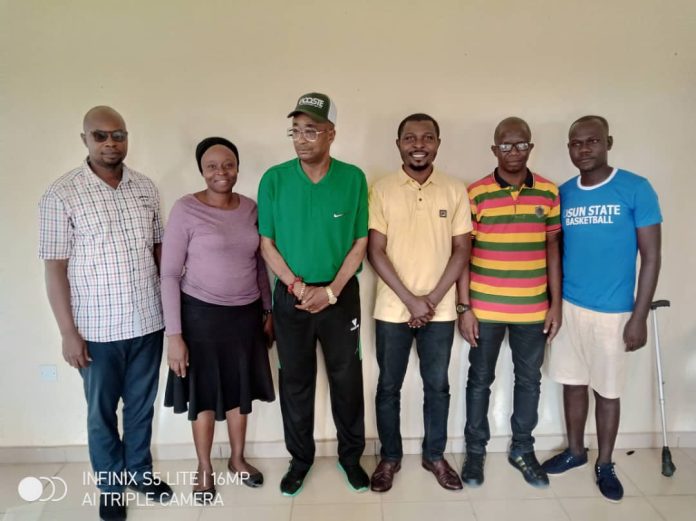 The Chairman of Osun Football Association, Rasaq Mustapha, has lamented that the round leather game in Nigeria was suffering and said whoever that would succeed the outgoing President of the Nigeria Football Federation, Amaju Pinnick, must have requisite experience and wherewithal to rescue the game.

Mustapha said the introduction of “politics” in the administration of football in the country has contributed immensely to its poor performance and called for separation of politicking in the leadership of NFF.

The football administrator, while featuring on a monthly stakeholders’ programme of the Osun State Chapter of the Sports Writers Association of Nigeria, in Osogbo on Tuesday, disclosed that Pinnick’s successor must be possess required leadership experience and exposure to be able to restore football to its pride of place.

As part of efforts at repositioning football, he disclosed that he and other Southwest chairmen of Football Associations had decided to support the 1st Vice President of NFF, Seyi Akinwunmi to succeed Pinnick.

Akinwumi is among those gunning for the apex position of the federation in the NFF election slated for September 30 in Benin, the Edo State capital.

According to Mustapha, Akinwunmi was being supported because of his wealth of experience, human relations, exposure and preparedness for the onerous task of NFF president.

“I must say that football is in doldrums in Nigeria and it needs to be rescued. We all know that the position of NFF president is not for babies due to the fact that football has become an important sector in Nigeria. Whoever should get to that position must have been tested and certified as a thoroughbred professional who is not only able but fit, capable and possesses required leadership experience and exposure.

“Among all aspirants, majority of us support Barr. Akinwunmi because of his understanding of the game, his experience and exposure over the years.

“He is fully armed with a wonderful vision and template of how to develop football in the country and he is ready to invest his time and energy in the development of grassroot football for the benefit of all. This is why some.of us are supporting his ambition as we believe that he would run the affairs of the federation democratically and in such a way that all states will benefit.”

When asked about the sports development under the current Minister Sunday Dare, the former Chairman of Ajiroba Ooni FC said the Minister did well and his achievements were commendable.

“Our minister of sports is a good man. He is a man of policy who wants things to be done the right way which is evident in some of the polices he introduced. He has performed creditably well and we believe more can still be done before the end of the present administration at the centre.”

However, Mustapha urged the ministry of Youth and Sports to work hand in hand with the leadership of NFF for Nigeria to record success in any football tourney.

Earlier in his remarks, Osun SWAN Chairman, Timothy Agbor, urged the state football association to do more in building talented youths in the state who are interested in football.