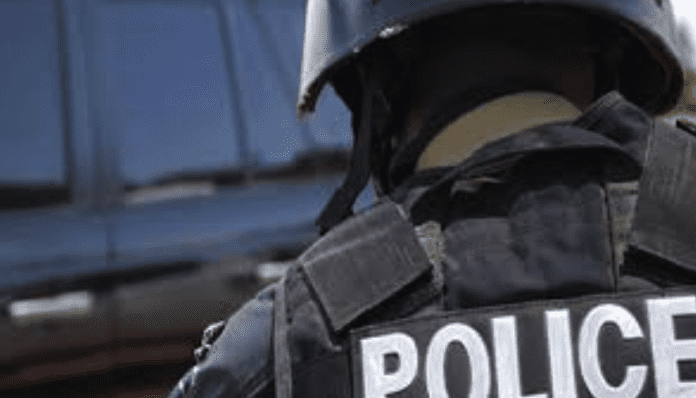 A 42-year-old-man, Olayemi Lukman Shoyemi, has been arraigned before a Magistrate’s Court in Osogbo, the Osun State capital, for allegedly defrauding a woman of supplies of food stuff, other items and cash worth N3, 620,000.

Shoyemi was accused of collecting some foodstuffs, grinding machine and clothes with a promise that he would send them to the children of Madam Kudirat Bola Omisakin in the United Kingdom but failed to do so.

Consequently, the police arrested Shoyemi and docked him on two-count-charge bordering on fraud and theft.

According to the police prosecutor, ASP John Idoko, the offence was committed in July, 2022 in Osogbo.

He said that the defendant also failed to return the sum of N120, 000 which he allegedly collected to transport the items to the United Kingdom.

The charge against him read that “You, Olayemi Lukman Shoyemi, on or about the month of July, 2022 in Osogbo, Osun State in the Osogbo Magisterial District, did by false pretence and with intent to defraud, obtain one electric grinding machine, clothes and foodstuffs (goods) valued at the sum of N3,500,000 (Three million, five hundred thousand naira only) from one Omisakin Kudirat Bola under the pretence of assisting her to convey and deliver same to her children in the United Kingdom, a pretence you know to be false and thereby committed an offence contrary to and punishable under Section 419 of the Criminal Code, Cap 34, Volume II Laws of Osun State, 2002.

“You (defendant) did unlawfully convert to your own use, one electric grinding machine, clothes and foodstuffs (goods) valued at the sum of N3,500,000 (Three million, five hundred thousand naira) and the sum of N120,000 given to you to convey the aforementioned goods to the United Kingdom, total valued N3,620,000, property of one Omisakin Kudirat Bola, and thereby committed an offence contrary to Section 383 and punishable under Section 390(9) of the Criminal Code, Cap 34, Volume II Laws of Osun State, 2002.

Shoyemi, who stood trial without a lawyer, pleaded not guilty to the allegations.

Magistrate A. K. Ajala granted the accused person bail in the sum of N28 million with two sureties in the same amount.

Ajala adjourned the matter till December 20 for mention.