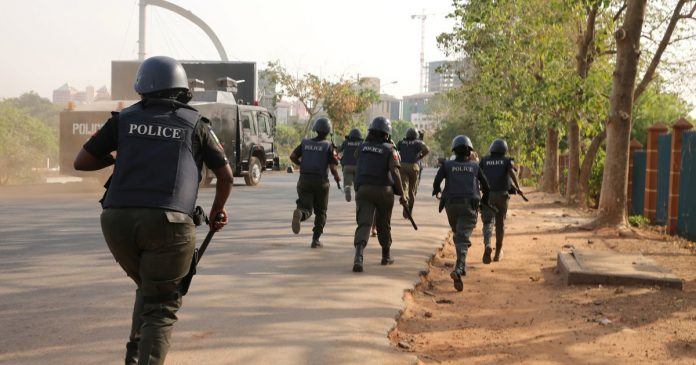 The Police in Osun State have arraigned two persons before a Chief Magistrate’s Court sitting in Osogbo for allegedly stealing soft drinks worth N8, 344,000 in a store.

The defendants, Ibrahim Hammed, 29 and Oyekanmi Adewale, 37, were said to have connived to steal several crates of Coke and Fanta at Dam J Store, Ofatedo area of the state in June.

Charges brought against them read that “Ibrahim Hammed and Oyekanmi Adewale on or before June 16, 2022 at Dam J. Store, Prime area, Ofatedo in the Osogbo Magisterial district, did conspire to commit felony to wit stealing.

“You (defendants), on the same day, time and place in the aforementioned magisterial district did steal some parks of soft drinks e.g Coke, Fanta and other items valued at N8,344,000 (Eight million, three hundred and forty four thousand naira), property of one Olujobi Ajibola.”

Police prosecutor, ASP Fagboyinbo Abiodun, said that the defendants committed offences contrary to and punishable under Section 516 and 390(9) of the Criminal Code, Cap 34, Volume II Laws of Osun State Nigeria 2002.

The duo, who faced trial without having any legal representation, pleaded not guilty to the two-count-charge brought against them.

Chief Magistrate Olusegun Ayilara admitted the defendants to bail in the sum of N2 million with two sureties in the same amount.

Ayilara said that one of the sureties must be a state civil servant while the other should be a house owner within the jurisdiction of the court.

He ruled that the sureties must submit three clear copies of their passport photographs.

The defendants were remanded in Ilesa Correctional Centre as they were unable to meet the bail conditions.

The matter was adjourned till July 25 for hearing.