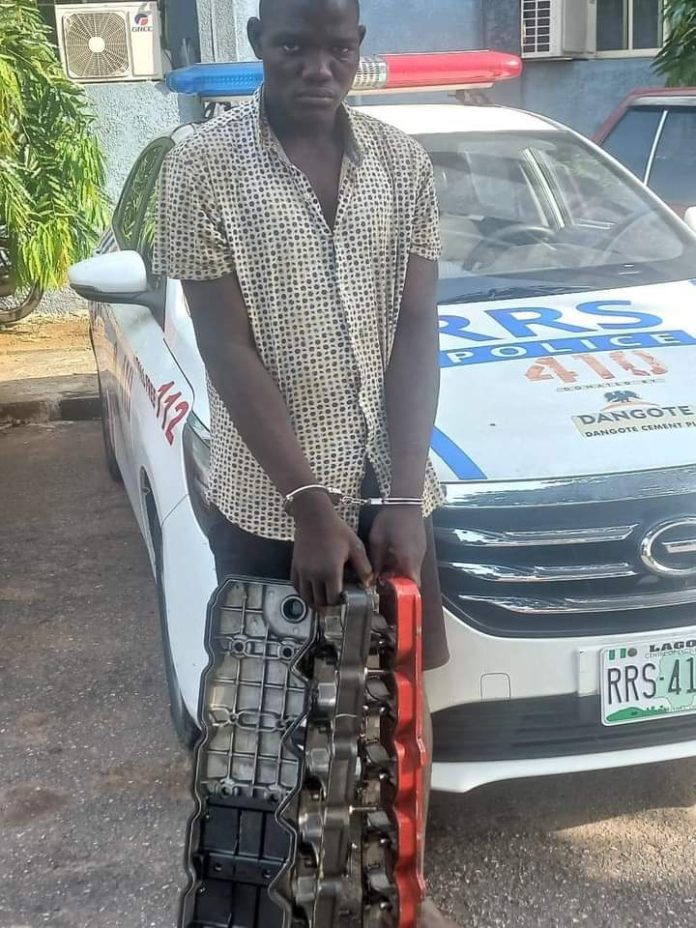 Operatives of Rapid Response Squad on Saturday morning arrested an ex-convict hours after he was released from prison.

Learning that he was imprisoned because he could not pay a fine which was an option, an NGO facilitated his release by paying the fine on Friday, November 11, just 10 days after his conviction on November 1, 2022.

Hundeyin said Yakub was arrested again after breaking into Lagos State Fire Service premises from where he stole valve covers of old fire truck under repairs.

The CSP Olayinka Egbeyemi-led RRS has since transferred the suspect to theState Criminal Investigation Department for further investigation and prosecution.