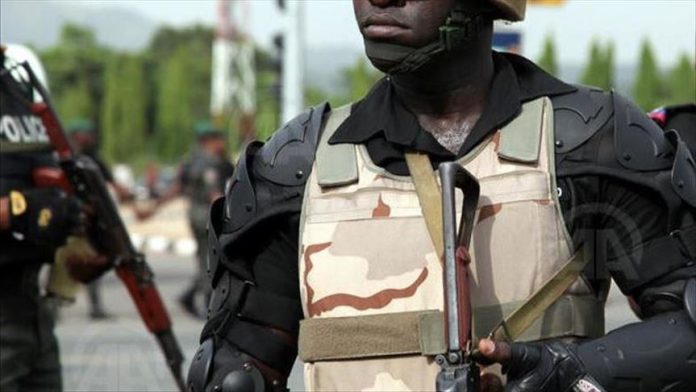 Police in Edo have killed a suspected kidnapper and rescued four victims in two different operations.

Police Deputy Public Relations Officer in the state, ASP Jennifer Iwegbu, stated this on Sunday in in Benin.

She stated that a victim who escaped from the kidnappers’ den told the police about their whereabouts at Iyuku Forest where they were neutralised.

One of the suspected kidnappers fled from the scene, she added.

“One of the suspected kidnappers while coming from their hideout with a single barrel gun in hand ran into the ambush laid by police operatives.

“The suspected kidnapper opened fire, but one of them was neutralised while other members of the gang escaped with various degrees of gunshot injuries.

“One locally-made single barrel gun and four live cartridges were recovered from the scene. Bush combing is on-going to arrest the fleeing gang members,’’ she stated.

Iwegbu stated that the kidnappers, dressed in military uniforms accosted the victims travelling in a Toyota Camry car and whisked them into the forest.

Timely response by the police foiled their plan, however, she stated.

“Operatives of the command immediately mobilised to the scene for rigorous bush combing and they rescued the victims.

“The hoodlums on sighting police operatives opened fire, leading to a gun duel.

“The superior firepower of the police made the kidnappers to take to their heels and abandoning four of their victims.

“The four victims rescued are two males, a mother and her five year-old daughter.

She urged the public not to relent in collaborating with the police as all credible information would be put to positive use. (NAN)