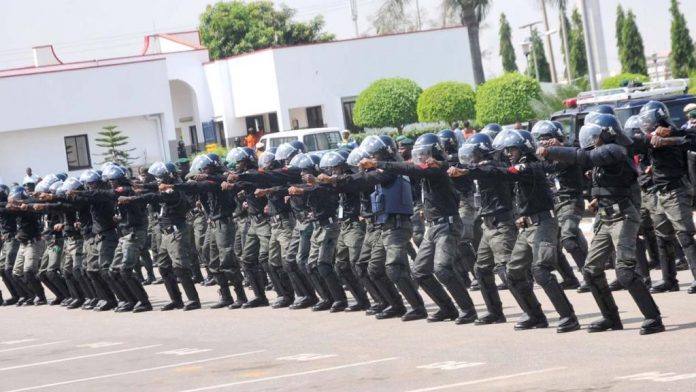 The Police Command in Delta said it recovered a stolen Lexus 350 SUV and assorted weapons from suspected armed robbers in the state.

The Spokesman of the command, Deputy Superintendent of Police, Bright Edafe, disclosed this to newsmen on Sunday in Warri.

Edafe said the vehicle was recovered on Wednesday by police operatives attached to the Otu-Jeremi Division in Ughelli South Local Government Area of the state.

He said investigation revealed that the vehicle was earlier snatched from the owner on the Ughelli-Warri Road.

“On July 6, 2022 at about 1:47 p.m. operatives attached to Otu-Jeremi Police Station while on stop and search duty on the Owawha/Okwagbe Road, sighted a Lexus 350 SUV with Registration Number: LG 31 GRA.

He said the driver made a U-turn and sped off on noticing the police.

According to him, the action aroused the suspicion of the policemen who gave them a hot chase.

Edafe said the hoodlums abandoned their vehicle at Imode Road and escaped into the bush.

“When the vehicle was searched, one pump action gun, two locally- made guns and six rounds of live cartridges were recovered,” he said.

Edafe said that a manhunt for the fleeing suspects was ongoing.