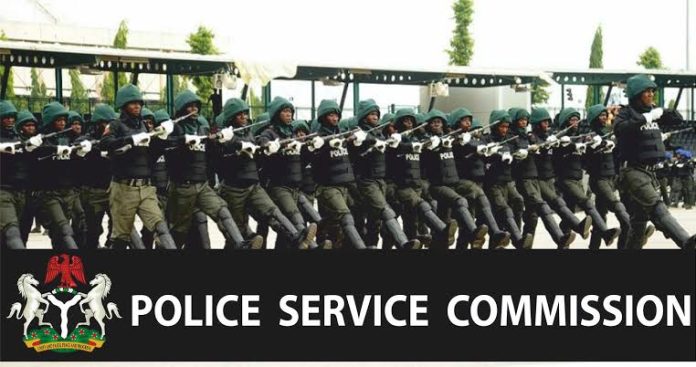 The Joint Union Congress of the Police Service Commission has declared an indefinite strike that will take effect from Monday, August 29, 2022.

The strike notice was contained in a letter signed by the JUC Chairman, Adoyi Adoyi, and other union leaders which was addressed to the PSC Chairman, Musiliu Smith.
The union alleged breach of agreement on working conditions.

According to the aggrieved members, the strike notice followed a three day warning strike held in January which was later called off.

It reads, “You may wish to recall that the Joint Union Congress of the Police Service Commission had embarked on a 3-day warning strike on Monday 24 January, 2022, which was suspended in national interest in order to embrace dialogue and reconciliation.

“As a responsible union, we make bold to state that all the conditions necessary for continuous working harmony have been breached by the management, hence our resort to continue with our agitation until our earlier agreements are fully implemented.

“Following from the above therefore, the union and the entire staff do hereby serve a notice of indefinite strike to the Management, beginning on Monday, 29 August 2022,” it read in part.

The new notice is coming amidst disagreement between workers of the commission, Smith, the Chairman of the commission, and the Inspector General of Police, Usman Baba, on which body should be responsible for recruitment, promotion, and appointment of constables and officers.