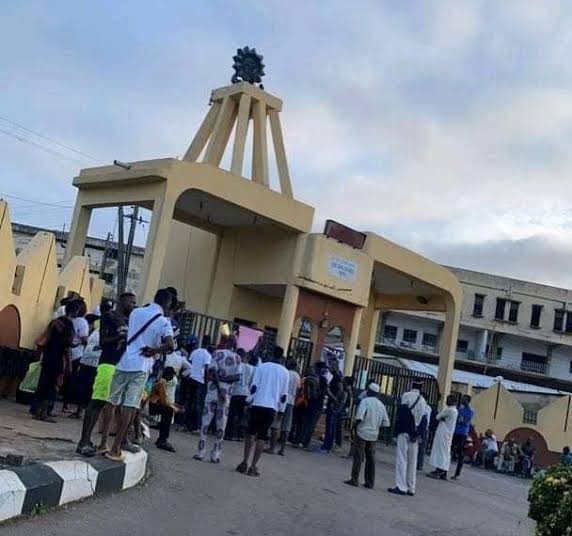 The Students’ Union Government of the Polytechnic, Ibadan, Oyo state, has been suspended and the first-semester examination of the institution scheduled to start today, Monday, January 9, 2023, postponed.

The suspension of the Students’ body and postponement of examination followed a statement by the school’s management over the protest staged by students over an increment in hostel fees.

According to the statement from the institution signed by the Registrar, Modupe Fawale, the examination has been postponed until further notice and the Students’ Union suspended indefinitely.

Describing the protest as ill-motivated and politically inclined, the Management claimed that the institution charged one of the lowest tuition fees in the south-west, and that payment was tailor-made to be convenient for students.

The Management further noted that the students’ body breached the rule of decency by locking all the gates that lead to the institution and thereby causing untold hardship to fellow students, the staff of the institution, their host communities, the neighbouring University of Ibadan, and to the general public at large, most especially those that have official transactions with The Polytechnic, Ibadan.

Part of the statement read, “It is on record that The Polytechnic, Ibadan students pay one of the lowest tuition fees among their contemporaries in the South-West. Payment of tuition has been made flexible and convenient as students pay 60 per cent of the tuition fee during the first semester and pay the remaining 40 per cent during the second semester. The Institution has not increased tuition in the last couple of years.

“Protesting on a day that they should be sober and commence their examination which is a major academic activity leading to the award of their diploma is ill-advised, politically motivated and therefore of no reasonable value to the students and indeed to the development of education.”

The institution further said that the management of the institution was reviewing the situation and would announce a new date for the examination. It also urged students to return to class and continue to prepare for their exams, even as it enjoined parents to call their wards to order.

“The Management is reviewing the situation and will issue a statement on when the suspended examination will commence. We appeal to the students to return to class and prepare for their examinations. We also appeal to the parents and guardians to call their wards to order,” the statement said.