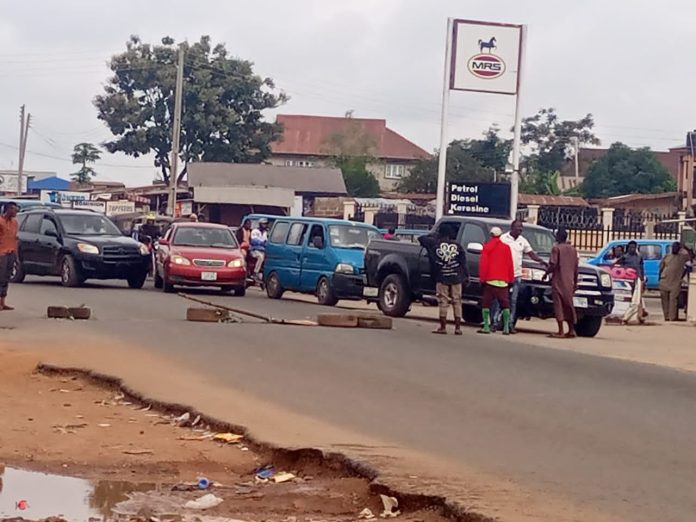 Pandemonium has broken out in Ofatedo community, Egbedore Local Government Area of Osun following the murder of one of the community’s princes by suspected cultists.

The 43-year-old victim, Yinusa Okunloye, a son to the traditional ruler of Ofatedo, Oba Abdulahi Okunloye the Olofa of Ofatedo, was shot dead in the wee hours of Saturday.

Eyewitnesses revealed that a gang of three cultists stormed Yinusa’s residence at number 5, Olofa Street, Ofatedo, at about 12 midnight, summoned him out of his room and gunned him down.

Confirming the killing, the Public Relations Officer of the Osun State Police Command, Yemisi Opalola said the remains of the deceased had been deposited at the morgue of Osun State University Teaching Hospital, Osogbo.

Opalola said, “today (Saturday), 23/07/2022, at about 1:30am, one Ismail Azeez of no. 5, Olofa Street, Ofatedo, came to Ido-Osun Police Divisional Headquarters and reported that at about 0000 (12am) of same date, a group of suspected cultists numbering three invaded the above mention address and called one Yinusa Okunloye, aged 43 out of his room and hot him at his chest and later gave up the ghost.

Meanwhile, youths in the area on Saturday morning stormed the streets and blocked roads in protest of the murder of their prince.

The protesters used logs of wood, benches and iron rods to barricade the busy Ofatedo-Bolanle road and caused traffic snarl in the area.