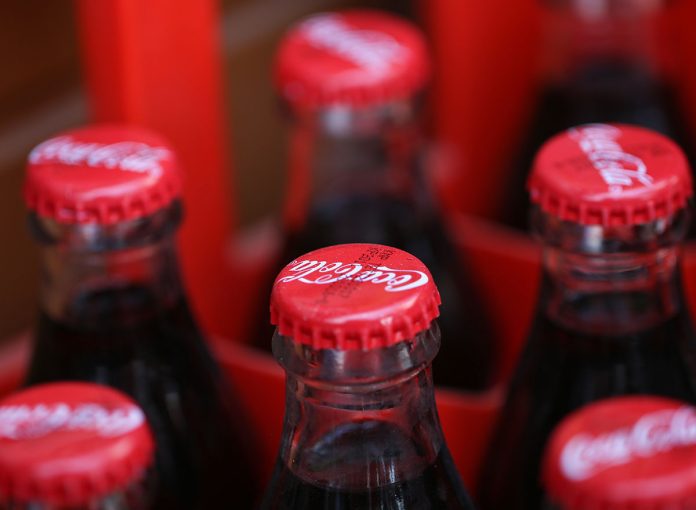 Salihu Usman Wavah, a trader, from Adamawa State has emerged as the first winner in the ongoing Coca-Cola’s Believe and Win Under-the-Crown Campaign.

The lucky winner, overwhelmed with emotions, during his official unveiling at the Coca-Cola Nigeria Office in Lagos, described his winning an all-expense paid trip to watch the 2022 FIFA World Cup™ in Qatar as an opportunity of a lifetime. He disclosed that his initial thought when he was notified was the incredulity of the entire situation as it seemed unbelievable.

He said, “I want to thank God for this opportunity, I feel elated and proud. I appreciate Coca-Cola for this great privilege.

“When I first received the call, I was pleasantly surprised, but skeptical however I decided to give it the benefit of the doubt when the calls kept coming in from Coca-Cola. I was asked to provide my international passport which I did.

“You can imagine how elated I was when they sent my flight ticket to Lagos in response to my sending the data page of my international passport to them. It’s been such a dream come true for me,” he said.

Present at the draws were key representatives from the National Lottery Regulatory Commission (NLRC) and the Federal Competition and Consumer Protection Commission (FCCPC), who congratulated the winner and the brains behind the consumer-reward initiative, Coca-Cola, on the company’s willingness to give back to customers through football, the biggest passion point of Nigerian teens and young adults.

Recall that the Coca-Cola Believe and Win, Under-The-Crown Promo was unveiled last month on August 5th, with a promise of winnings to customers at over N400m, of which five (5) lucky winners would be winning an all-expense paid trip to watch the 2022 FIFA World Cup live in Qatar.

Since the launch of the promo, many customers have been ecstatic over winning their share of the N250m dedicated to recharge cards under this campaign.

Bunmi Adeniba, Coca-Cola’s Senior Marketing Director, explained that selected winners must be 18 years and above, must have a valid international passport and must abide by the terms and conditions of the promotion.

As official sponsors of the FIFA World Cup™, the Coca-Cola Believe and Win Under the Crown promo reflects Coca-Cola’s continued support for the football passion point across the country and a follow-up to other football related activities as the FIFA World Cup games begin this year.