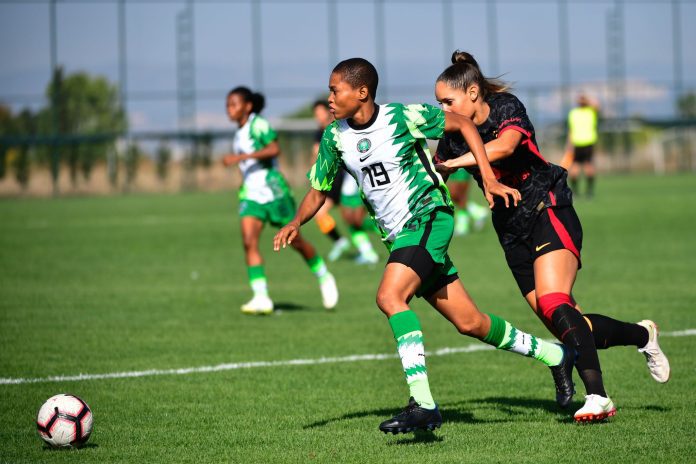 …As Falcons jet-out to Japan for Oct 6 friendly

Nigeria women’s national Under-17 football team, Flamingos, at the weekend defeated Galatasaray FC women’s team 3-1 in a preparatory game ahead of the FIFA U-17 Women’s World Cup holding in India.

In the friendly staged in Kocaeli Province, Opeyemi Ajakaye who was one of the best players during the team’s qualification campaign continued her promising form when she scored in the 26th minute.

Etim Edidiong scored a brace in 34th and 77th minute to hand the Flamingos the victory albeit Galatasaray scored a goal a minute before halftime through Ebru Topliv.

Nigeria U17s will play Germany in their first game of the FIFA U17 Women’s World Cup at the Pandit Jawaharlal Nehru Stadium, Margao on October 11.

Three days later, they face New Zealand at the same venue, before flying to Bhubaneswar to take on Chile on Monday, October 17.

Nigeria has participated in six of the seven previous editions of the FIFA U17 Women’s World Cup, reaching the quarterfinals on three occasions.

Meanwhile, the Super Falcons jetted out of Nigeria on Sunday ahead of their friendly with Japan in Kobe on October 6.