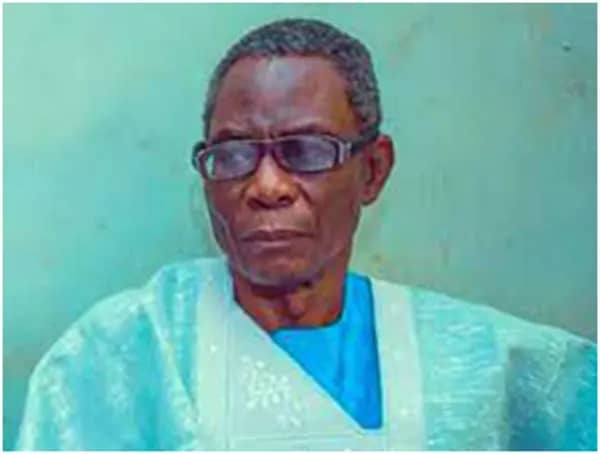 Marching Jesus Christ boisterously to Golgotha for another experience of execution, excoriation and extirpation is exactly what we attempt to do every Yuletide. Although we gather ostensibly to celebrate His birth, what we really end up with is what we did that sent Him to the agony of Calvary. We shut out the Lord who bore the death penalty we deserve as we drive ourselves into revelry not His will. We engage in epicurean feasts when we fail to reckon with what He commands: Serve the LORD with fear, and rejoice with trembling.

The underclass can’t resist the rich people’s tempting culinary offering, having for long been starved and denied the goodies of life by the policy run of a coalition of greedy government operatives and oppressive private capital employers, who both smartly corner state resources to stupendously enrich themselves, families and cronies. In the process of this wealth manipulation and concentration in the custody of a few, the larger section of the country is dispossessed and branded the underprivileged.

They are recognized as special citizens at Xmas. Our leaders (and their wives) along with non-state actors stage big parties to ‘honour’ these compatriots at orphanages, old people’s facilities, prisons, churches, homes for the disabled etc. to present a veneer of love and care, to create an ambience of empathizing and identifying with their plight.

Unfortunately, the destitute also get sunk in the mire of false affection in the name of Christmas. While these poor have the opportunity to be at such wild festivities, they also arrange mini feasts at home and in their neighborhood. They save a fortune during the year and squander it in December. The month then becomes a slaughter season that consumes all their lot.

The smart alecs of commerce are at their expropriating best at Christmas. They push pyrrhic promotional sales deals that drain your savings to leave you dazed and drunk, wondering where you kept your thinking cap when you met these smooth talkers. You discover they’ve made you lose your precious money in exchange for tinsel.

Where is Jesus in all these? He is missing. Certainly not anywhere close to our wanton abandon and dancing. Nor in our spending binge that adds nothing to the high spiritual calling He demands from humanity. He can’t be where the masses aren’t, where His friends are placed in the margins as they wait to be dropped altogether from the evanescent picture after Christmas.

The point is that Christ came to die for our sinful excesses, which attracted God’s anger and wages (death). However, Christ pacified God with His proxy death, preceded by an agonizing torture on the tree at Calvary. This, with His subsequent resurrection, is not only meant to deliver us from eternal punishment, but also to clean us up from carnal superfluities as we repose total faith in Him and obey all His laws as humble disciples. This is the irreducible and non-negotiable message His coming brought mankind. It was the greatest age in the history of man.

The angel that first took the news to the shepherds at night at Christ’s birth was himself ecstatic, saying, ‘’…behold, I bring you good tidings of great joy, which shall be to all people…’’ He was later to be joined by ‘’a multitude of the heavenly host praising God, and saying, Glory to God in the highest, and on earth, peace, good will toward men.’’

For man to access this promised bouquet of ‘’good tidings of great joy…peace, (and) good will toward men’’, we must reassess our perspectives on Christmas. It isn’t to be replaced with a celebration of our wealth. It isn’t to be marked by gluttony. Nor must it be a time to distinguish between the plebeian and patrician. If we agree it’s an event of God’s creation, we must therefore not hesitate to insist on abiding by His demands on how to observe or commemorate it.

First, we are to solemnize the season by honouring the Celebrant. We can’t seize the day from Him by throwing unruly parties which give way to lewd gyrations that in turn degenerate into breaking of bottles to be used as weapons to settle scores. In most cases, there have been fatalities. We cause Him a new death-dealing anguish as He watches us renounce the peace He offers.

Second, we need to demonetize Christmas celebration. Why must my financial status determine the state of my happiness, if my hope is in a Lord Who has promised us a more prosperous world to come? The joy Christ gives isn’t dependent on the works of man. It isn’t propped by external or tangible possessions. It is ethereal, seeking a union with celestial properties. As crucial as money is in man’s affairs, it isn’t a strategic factor.

Third, our leaders, temporal and spiritual, must desist from their fake love of the poor which they put up at Christmas. Let their love not be a seasonal affair. There must be an all-year and permanent order that brings joy to our people. Jesus says He came not to give man fleeting or ordinary life; He came that we ‘’might have it (life) more abundantly.’’

Jesus Christ has left Golgotha, the dreary ‘’place of a skull’’, behind Him. He did so many centuries ago after successfully concluding the work of rescuing fallen man, never to return there. He doesn’t want us to replay the sins that led Him there. This Christmas, and every day, we the people and our leaders can align with His wishes by refraining from the competitive desires and the deadly rat-race spirit of the period.

. Ojewale is a writer in Ota, Ogun State, Nigeria.