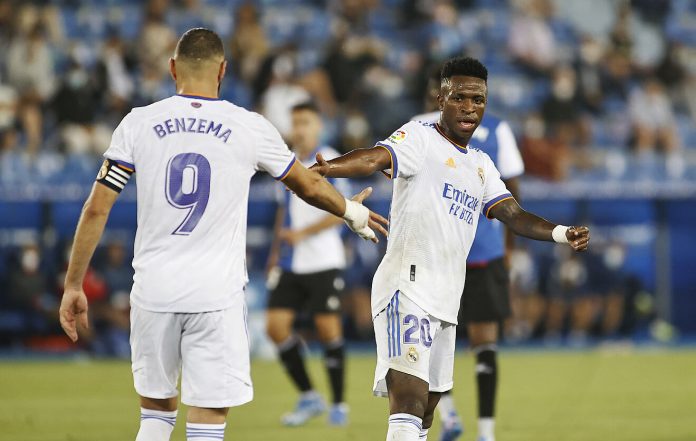 Real Madrid made it back-to-back wins from their opening two La Liga fixtures as Los Blancos sealed a comfortable 4-1 victory over Celta Vigo at Balaidos to extend their unbeaten run over the Galician side to seventeen matches.

Despite the home side being buoyed by a loud partisan crowd, Madrid took the lead in the 13th minute courtesy of a Karim Benzema penalty after Renato Tapia handled the ball in the area

Celta then had a spot-kick of their own just 10 minutes later for yet another handball, as Goncalo Paciencia’s header came back off the hand of Eder Militao in the box. Iago Aspas powerfully struck home the penalty to get his side back on level terms.

Then, a moment of magic from Luka Modric proved to be the pick of the goals. The midfielder fired in a beautiful curling strike from 20 yards out into the top corner right at the end of the first half.

Los Blancos then had their third in the 56th minute, as Vinicius Jr. rounded Celta goalkeeper Agustin Marchesin after a clinical counter attack.

The rout was complete in the 67th minute, as Federico Valverde slotted in a powerful shot into the bottom corner from the edge of the area to well and truly seal the three points for Real Madrid.

Substitute Eden Hazard then had his penalty saved by Marchesin right at the death as Los Blancos could not add to their lead.