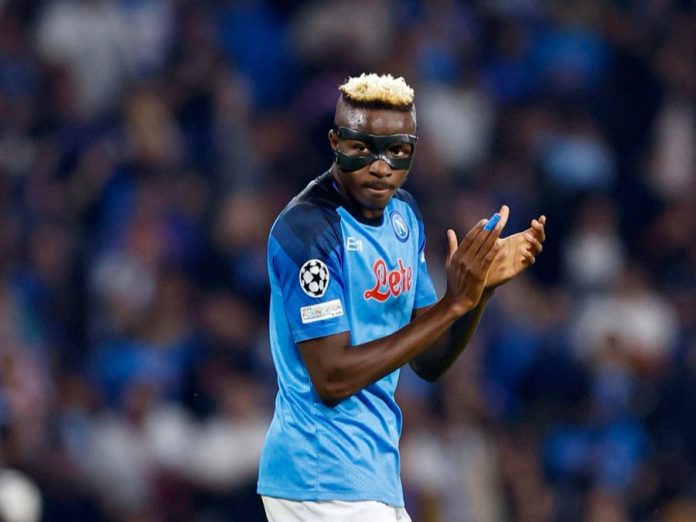 Napoli extended their lead at the top of the Italian Serie A table to twelve points following their 2-0 road win over Salernitana at the weekend with Osimhen delivering a 12-word reaction after scoring 14th of the Serie A season.

After the skipper Giovanni Di Lorenzo had opened the scoring on the stroke of halftime, Osimhen sealed the win when he doubled the advantage in the 48th minute.

The Nigeria international had a chance to break the deadlock in the nineteenth minute with an acrobatic effort but was denied by a brilliant save from Mexican goalkeeper Guillermo Ochoa.

In the 34th minute, Osimhen very nearly scored another brilliant goal when his powerful left-footed effort ended up in the net but an intervention from VAR ruled the goal out.

The Napoli number 9 was not to be denied again as he tapped in the rebound after Eljif Elmas’ powerful drive came off the woodwork, and could have scored his second goal of the evening just before the hour mark but Ochoa kept out his header.

Osimhen has now scored fourteen goals in all competitions so far this season, including thirteen in the Italian topflight.

The 2015 FIFA U17 World Cup Golden Boot winner took to Twitter to share his thoughts after helping Napoli register their sixteenth win in the division.

“Brilliant display from the whole squad! God is the greatest. We move,” Osimhen wrote.