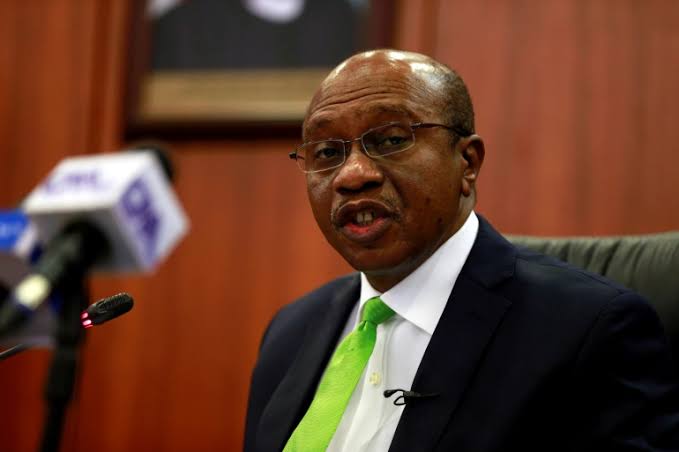 The House of Representatives on Wednesday directed the Central Bank of Nigeria to suspend the sale of embattled Polaris Bank Plc immediately.

The House said the suspension should be until the CBN, the Nigeria Deposit Insurance Corporation and the Asset Management Corporation of Nigeria concluded all processes for an open, transparent, and competitive bid process.

The house said it should be in line with best practice and procedure for divestment of this nature.

This followed the adoption of a motion of urgent public importance by Henry Nwauba (APGA-Imo) at the plenary on Wednesday.

He said public attention had been drawn through a circulation currently on social media in respect of the proposed sale of Polaris Bank for N40 billion.

He said that there was need to ensure that the divestment in the bank did not jeopardize the core reason for the CBN intervention in the bank in the overall public interest.

He added that the divestment should be done most transparently following the required due process.

He said that this was necessary to avert public outcry and untoward reaction from critical stakeholders in the economy, foreign business partners, banking community, depositors, and correspondent banks.

He added that it was crucial to avoid the shortcomings of the previous similar exercise undertaken in the past.

He said that Polaris Bank was borne out of the bailout of the defunct Skye bank Plc that failed due to poor corporate governance and non-performing loan.

He said this was for which close to a trillion Naira of public funds was committed to resuscitating the bank.

He said that the proposed sale was shrouded in secrecy and was opaque and required that it was done in transparency and accountability to eliminate insinuations of corruption.

He said the transited defunct Skye Bank was a systemically important Bank with a large pool of employees, customers, and other stakeholders.

He said that the bank without a bailout would have had a serious contagion effect on the economy and global perception/reputation;

The House said this should be through CBN, NDIC and AMCON to determine whether the conditions and terms of sale were likely to ensure positive return on public funds thus far committed to the bank, whether as bailout funds or other investments.

The House urged the committee to take action necessary to ensure that the public funds committed to Polaris Bank were appropriately documented, accounted for.

The CBN has not denied the plan to sell Polaris Bank for N40 billion after the government had invested N1 trillion in the bank.

This was disclosed in a letter in response to the request made by a human rights lawyer, Femi Falana, SAN to the apex bank.

In August, the CBN reportedly planned to sell Polaris Bank at the cost of N40 billion to Auwal Lawan Abdullahi, a commercial farmer in the Sarkin Sudan of Gombe State.

Polaris Bank has been under the management of the debt recovery agency, AMCON, since it was renamed from Skye Bank and nationalised in 2018.

Skype Bank became bankrupt in 2016 and was unable to meet the recapitalisation requirements, leading to the intervention of the CBN.

The top executives at the firm, Chairman, Tunde Ayeni; and the Managing Director, Timothy Oguntayo, were prosecuted for money laundering.

The Economic and Financial Crimes Commission had filed a N25.4 billion lawsuit against Ayeni and Oguntayo in 2019, but it was withdrawn in July 2022, after an alleged settlement that led to the forfeiture of cash and assets worth N15 billion.

Since the takeover of Skye Bank, now known as Polaris Bank, AMCON has been unable to sell the bank to new investors, with AMCON and CBN pumping about N848 billion of taxpayers’ money as of December 2020 into the firm.

Reports, however, say that an extra N350 billion has been invested in the commercial bank by the two government agencies in the last one and a half years.

This means about 96% of the investment by AMCON will be lost if Polaris Bank is sold at N40 billion, when pegged at N848 billion, and 97% loss based on the total sum of N1.2 trillion reportedly invested by the government agencies.

It was gathered that the Governor of the CBN, Godwin Emefiele, is pushing for a prompt sell-off, and has received the backing of AMCON’s managing director and chief executive officer, Ahmed Kuru.

Falana wrote a letter of request to the apex bank to seek their reaction to the circulating news on the purported sale of Polaris Bank.

Falana’s letter dated August 25, 2022, reads: “We commend the Central Bank of Nigeria for bailing out Polaris Bank Nigeria Limited with the sum of N1.2 trillion.

“We have however read in the People’s Gazette online medium that the Central Bank has concluded arrangements to sell the Polaris Bank at a ridiculous sum of N40 Billion. In view of the foregoing, kindly furnish us with detailed information on the proposed sale of Polaris Bank Nigeria Limited including the name of the lucky buyer.

“As this request is made pursuant to the provisions of the Freedom of Information Act 2011, you are required to accede to our request within 7 days of the receipt of this letter.”

“TAKE NOTICE that if you fail or refuse to furnish us with the requested information we shall pray the Federal High Court to compel you to accede to our request,” the letter added.

Reacting, the apex bank in a letter signed by Aminu Mohammed, for Director/ Secretary to the Board, acknowledged the receipt of the inquiry letter on September 1, 2022, promising to make available the needed information relating to the matter.

“We write to acknowledge the receipt of your letter dated the 25th of August 2022 and received on the 1st of September 2022 on the above subject and wish to inform you that the information being sought, where available, will be communicated to you in due course,” the apex bank responded.