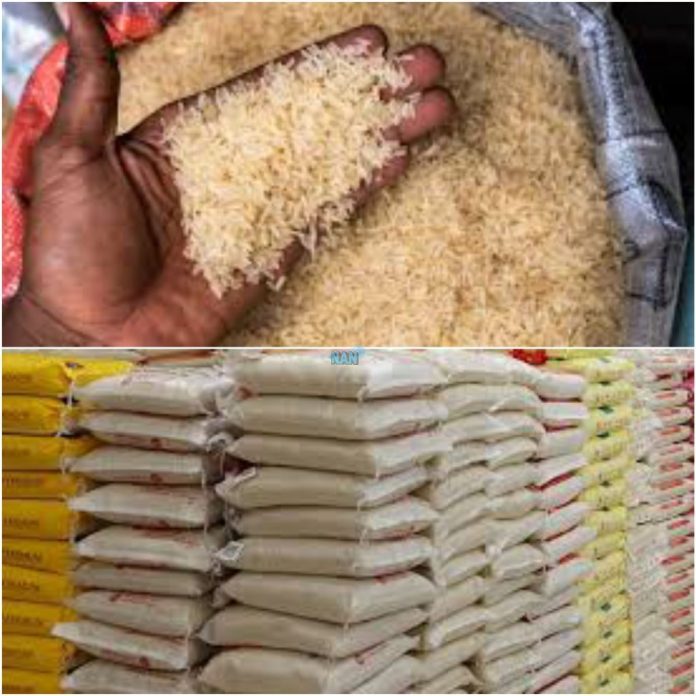 A correspondent of the News Agency of Nigeria who conducted a market survey reports a 50kg bag of locally-parboiled rice now sells for N43, 000 up from N28, 000 in September.

Austin Chikwujindu, a trader at the Chorbe Market, blamed the price increases on soaring rate of the dollar and recent flooding in parts of the country.

“I believe the rise in dollar rates, high cost of transportation due to fuel scarcity could be the reason for the upward change in price.

“The floods affected many parts of the country, limiting the amount of foods and other commodities that could be moved around.

“From the feelers that we are getting a bag of foreign rice might cost up to N50,000 by December and not just rice, but other food items like groundnut oil, flour, Semovita and others,’’ he said.

A foodstuffs trader at Katako Market, Aliyu Umar, said that 80 bowl measures of local rice which used to sell for N50, 000 is now sold at N72, 000 and it may go higher.

Umar also blamed the floods for soaring food prices noting that the floods washed away a lot of rice farms.

According to the National Emergency Management Agency, the 2022 flood is the worst in a decade.

It destroyed more than 70,000 hectares of farmland, damaged more than 45,000 houses and displaced more than 1.4 million Nigerians, while taking the lives of about 600 persons.

Thousands of hectares of rice farms were reportedly washed away in Jigawa, Kebbi, Kano, Benue, Taraba, Niger, and Kogi, among other states.

NEMA and the Nigeria Hydrological Services Agency attributed the flood to the release of excess water from Cameroon’s Lagdo Dam in Cameroon which cascaded into Nigeria through River Benue, affecting communities in many states.

Current data from the United Nations office for the Coordination of Humanitarian Affairs shows that people affected by widespread flooding across Nigeria has risen to more than 3.2 million.

It reported also that more than 600 fatalities were recorded and 1.4 million people displaced.

It also reported that 4.1 million people would face severe food insecurity with 1.7 million children below the age of five years suffering from acute malnutrition in 2022.

NAN reports that there had been increases also in the prices of maize, groundnut oil, palm oil and Semovita, among others. (NAN)