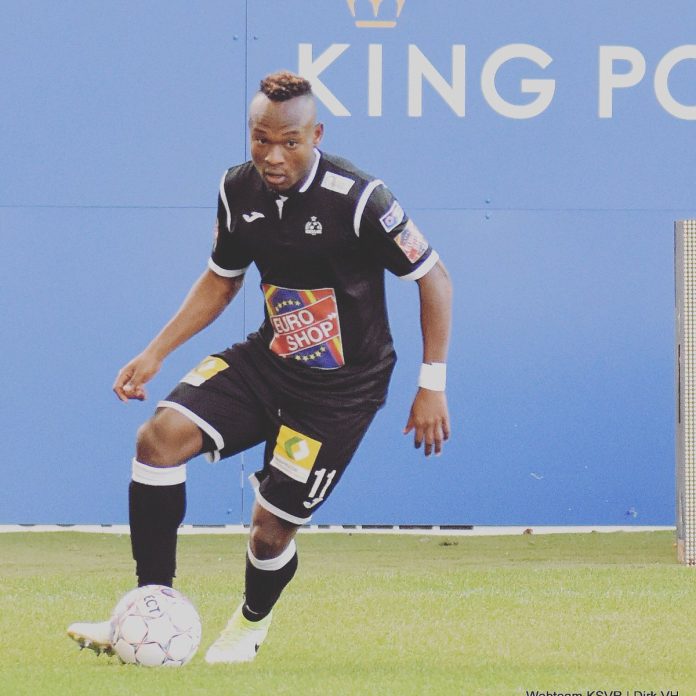 2013 FIFA U17 World Cup-winning winger Saviour Godwin who made his unofficial Nigeria debut on Friday as the Super Eagles were held to a 2-2 draw by Algeria’s B team in a friendly staged at the Chahid Hamlaoui Stadium in Constantine has expressed delight at his debut outing.

The Point gathered that the Super Eagles manager Jose Peseiro has been keeping tabs on the Casa Pia player for a long time with a view to a national team call-up following his fine start to the 2022-2023 Primeira Liga season. However, Saviour was handed a late call-up to the Super Eagles for their friendlies with Algeria following the withdrawals of Henry Onyekuru and Emmanuel Dennis.

Peseiro handed the 26-year-old his debut, albeit in an unofficial game, and in doing so he followed in the footsteps of his former Golden Eaglets teammates Kelechi Iheanacho, Musa Muhammad, Isaac Success, Francis Uzoho and Taiwo Awoniyi.

“It’s really amazing for me to play my first game with the Super Eagles, I feel really excited.

“We had a test game and this is good for everyone for us to get to know each other and get ourselves better.

“It was really an amazing outing for me and collectively as a team I feel this is a very good test game for us.”

“Before the game he said this and that is what we went into the pitch with, with the mindset of winning.”

Finally, Saviour said he’s confident that the Super Eagles will beat the Fennec Foxes main squad in their next friendly on Tuesday, September 27.

“Algeria is a big team. It’s one of the finest in Africa. Of course when we go into the pitch we want to win and I think it’s going to be a really good game for us.

“We want to win and we are surely going to win the game,” he concluded.

Ugochukwu helped three-time European champions at U19 level, The Little Blues, return to winning ways at the weekend by getting on the scoresheet in a 2-0 victory over Finland.
France U19s are taking part in a friendly tournament holding in Serbia this international break.

Ugochukwu – nephew of former Super Eagles central defender Onyekachi Apam – was a non-playing substitute as the French side were beaten 2-0 by Portugal in their opening match of the Stevan Vilotic-Cele Tournament on Thursday, September 22.

Sporting the number 7, Ugochukwu was handed his debut by manager Lionel Rouxel against Finland and it took the midfielder less than eleven minutes to score his first goal for the France U19s, before Lenny Pirringuel doubled the advantage at minute 28.