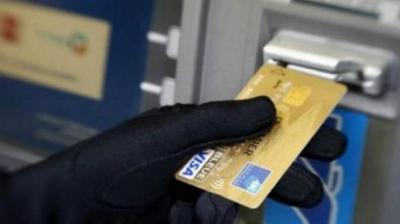 A bank customer, Ms. Uche Nnamani, has lost the sum of N400, 000.00 to a suspected thief who offered to assist her to operate an ATM.

Uche, a single mother, attracted the attention of bank customers as she burst into tears in lamentation of her ordeal.

For more than 30 minutes, the mother of one, who explained that she came to withdraw the sum of N20, 000 for her hospital treatment, wept uncontrollably at the new generation bank located in Abakaliki, Ebonyi State.

Uche said that the thief, who was standing next to her on the bank ATM queue on July 24, 2022, had offered to assist her when the machine was not dispensing, unknown to her that the suspect had swapped her ATM card with another.

She said, “I have been sick for almost six months now and have been on drugs. When I couldn’t bear the ailment, on Sunday, 24th July, 2022, I decided to visit the ATM point to withdraw money for treatment at the hospital. I had phoned my doctor earlier that I would be coming.

“On getting to the bank along Ogoja Road in Abakaliki, there were only four people in the queue and I was the fifth. After some seconds, that thief came and queued behind me. When it was my turn to withdraw, I tried to withdraw the sum of N20, 000 but he (the suspect) advised that I withdraw either N10, 000 or N15, 000 as the ATM machine couldn’t dispense N20, 000 at once.

“I agreed and cancelled the transaction. Immediately the machine brought my card out, he quickly came forward and took my card in pretense that he wanted to assist me. I collected it from him almost immediately, but how he swapped my ATM card is what I can’t explain. I didn’t also remember to look at the card to be sure it was mine because the one he gave me, which is with the bank now, also belongs to the same bank.

“So, having collected it, I slotted it into the machine to withdraw but I couldn’t as the machine ceased the card. I went to the bank security to assist me as I could not withdraw money. So, I proceeded to the hospital. The security man said that there was nothing he could do and that I should wait till 12pm when the staff in charge of ATM machines would come to put money there.

“About 20 minutes later, I got a debit alert of N400, 000 on my phone. It was like a dream to me. The total savings I had was N411, 000. They would have even taken the remaining N11,000 if not for the security man on hearing my loud cry ran out and helped me call customer care and the account was blocked.

“As a result of my groaning which attracted passersby, the security man called the person in charge of the ATM machine who brought out the only card that was trapped in the machine at the weekends. Then, it occurred to me that the man who opted to help me was a thief and he swapped my card without my knowledge.”

Efforts to speak with the bank officials were not successful.

Meanwhile, the Secretary of Chartered Institute of Bankers of Nigeria, Ebonyi State branch, Paul Ezejita, has stated that the fault was from the customer who allowed another person to see her PIN which gave the criminal access to her card.

He stated that the bank would not be able to do anything to recover the said stolen money.

Ezejita said, “This is the same reason why banks advised that details of customers should remain personal to them.

There should be enough distance between the person on the bank queue and the person already operating the ATM machine.

“Be security conscious. If anybody comes too close to you while operating the ATM, politely tell him or her to shift. Block him from seeing your transaction with your body or better still, alert the bank security. The thief was actually monitoring the woman but she was ignorant of it.”