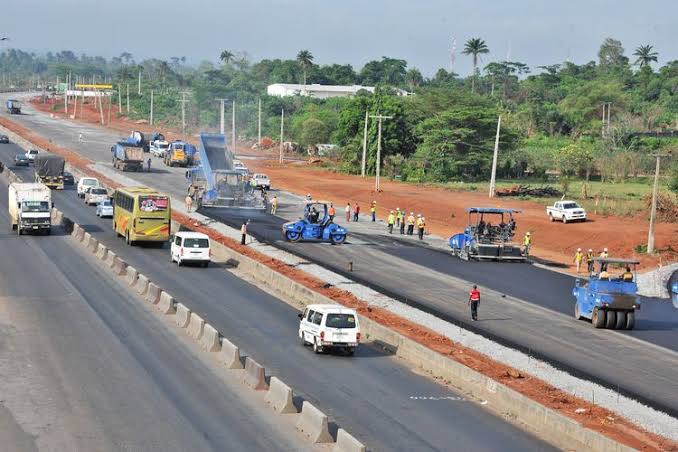 The Federal Ministry of Works Engineer supervising section one of the ongoing Lagos-Ibadan Expressway reconstruction/rehabilitation, Adewale Adebote, on Wednesday said the project was over 90 per cent completed.

Section one of the Lagos-Ibadan Expressway project stretches from Ojota in Lagos to Sagamu Interchange and is being handled by Julius Berger Nigeria Plc.

Section two extends from Sagamu Interchange to Ojoo in Ibadan, and is being handled by Reynolds Construction Company Ltd.

Adebote, during inspection of the project, said the construction work was progressing fast because three teams were working simultaneously on various sections.

He said that the usual gridlock experienced on the axis had eased off because several portions had been constructed to the final layer, with only about six kilometres remaining.

“Assiduously, we are working on three sections and we always carry out construction from the most challenging sections,” he said.

He said the mandate given by the Minister for Works and Housing, Babatunde Fashola, to the contractor was to deliver the road pavement fast, and with clemency of weather, it would be achieved.

He said polymer modified asphalt was being used for strengthening of the final layer because the government was focusing on quality assurance to deliver a durable road infrastructure.

The Project Supervisor enumerated challenges slowing down construction to include rainfall, law enforcement agents and other vehicles driving against traffic, reckless driving, highway trading, touting, among others.

“You can imagine, last week, we could not work for three days because of the rain,” he said.

Adebote said the ministry held a stakeholders meeting with Ogun State officials on Tuesday towards resolving some challenges.

He said the traffic regulatory agencies and the Police were on ground collaborating with the ministry in ensuring seamless flow.

He appealed to motorists to be patient around the construction zones, to drive with caution and obey traffic rules to curb gridlock.

Responding to recent protests and calls for creation of alternative routes around the Long Bridge, he said it was not possible because the portion was sitting on gas pipelines.

He said the NNPC pipelines laid along the length of the bridge cannot take pressure from heavy vehicles because it could cause explosions, adding that the portion was also a flood plain.

“We have never opened that road as an alternative but because people are impatient they started taking it.

“When they were causing distortion to the traffic that was the road they were using.

“They come in through The Punch, under the bridge and try to come out here at OPIC. So what we did was to severe the road, we cut it,” he said.

Some motorists who spoke to NAN commended the improved flow of traffic on Wednesday and appealed to the ministry to sustain the tempo to prevent hardship on the road.

In the past weeks, the gridlock around the area had seen motorists spending two to three hours on the stretch on some days. (NAN)