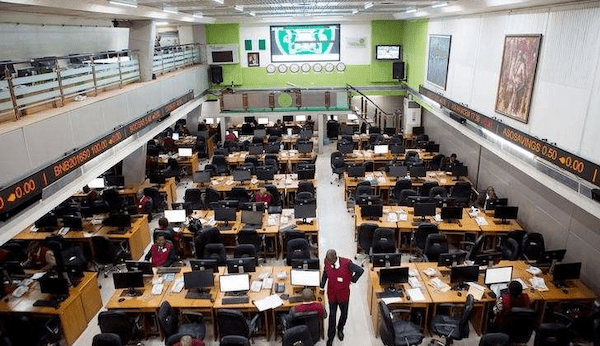 The bears dictated proceedings in the domestic bourse, as profit-taking activities dominated market performance, with the benchmark index recording declines on four of the five trading sessions of the week. Precisely, the All-Share Index dipped by 2.1 percent week on week (w/w), to close at 49,664.07 points.

Consequently, the month to date (MTD) loss increased to -1.4 percent, while the year to date (YTD) gain moderated to +16.3 percent.

However, activity levels were positive, as trading volume and value increased by 114.1 percent w/w and 5.4 percent w/w, respectively.

This week, it is believed that investors will focus on the outcome of the bond auction scheduled to hold on Monday (August 15) to gain further clarity on the movement of yields in the fixed income (FI) market. As a result, stock analysts envisage cautious buying actions from dividend-yield-seeking investors amid intermittent profit-taking activities. Notwithstanding, they ( Analysts) reiterate the need for positioning in only fundamentally sound stocks as the unimpressive macro environment remains a significant headwind for corporate earnings.

In the money market, last week, the overnight (OVN) rate contracted by 2.00ppts w/w to 13.0 percent; despite the tepid funding conditions in the system amid inflow from OMO maturities (N5.00 billion). It is estimated that system liquidity in the review week averaged a net short position of N20.82 billion as against a net long position of N98.45 billion in the previous week.

Experts expect the OVN rate to tilt upward this week, as the N100.00 billion expected from OMO maturities may not be sufficient to offset the outflows from CBN’s auctions (FGN Bond, OMO and FX).

Activities in the Treasury bills secondary market were bearish, as the average yield across all instruments expanded by 12bps to 8.7 percent.

“We attribute this bearish sentiment to participants shifting their focus to the bi-weekly PMA during the week. At this auction, the CBN offered NGN150.62 billion – NGN1.02 billion of the 91-day, NGN1.82 billion of the 182-day, and NGN147.78 billion of the 364-day – in bills,” Cordros Research explained.

This week, it is expected that the yields on T-bills will maintain the same trajectory, following the thin liquidity expected in the system.

“This week, we expect the outcome of the August 2022 FGN auction holding on Monday (15 August) to influence the sentiments in the Treasury bond secondary market. At the auction, the DMO will offer instruments worth NGN225.00 billion through re-openings of the 13.53% FGN MAR 2025, 12.5000% FGN APR 2032 and 13.0000% FGN JAN 2042 bonds. Notwithstanding, we maintain our stance that yields will continue to rise over the short-term given the FGN’s borrowing plan for 2022FY and expected fiscal deficit point towards an elevated supply,” Cordros noted.