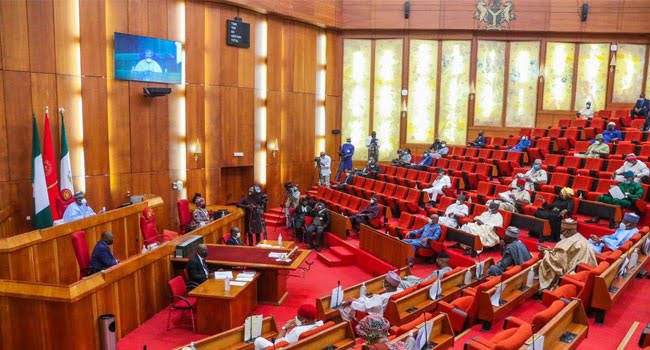 The Senate has postponed the passage of the 2023 budget until Wednesday, December 28, 2022.

The lawmakers also postponed the passage of the Finance Bill till December 28.

Senate President Ahmad Lawan made these announcements during plenary on Thursday.

He explained that the Senate is postponing the budget passage because of some challenges in receiving the report on the 2023 budget from the appropriations committee.

The reason for this, he added, is that the appropriations bill came to the National Assembly from the executive with some problems and when the committee came to reconcile the figures, the challenge became obvious and difficult to deal with.

Lawan added that the Senate Appropriations Committee kick started a process of cleaning up the 2023 budget first and they engaged the executive in the cleanup exercise.

However, the process was concluded on Wednesday, December 21st and the Committee couldn’t conclude putting together the report for submission on Thursday.