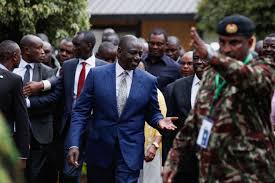 “We are not able to take ownership of the results that will be announced,” Juliana Cherera, the deputy chairperson of the electoral commission told a media briefing at a different venue from where the announcement was to be made.