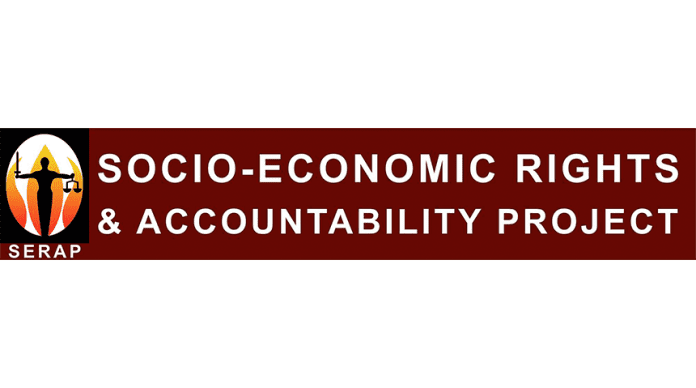 The Socio-Economic Rights and Accountability Project has urged President Muhammadu Buhari to “direct the Attorney General of the Federation and Minister of Justice Abubakar Malami and appropriate anti-corruption agencies to promptly and thoroughly investigate the spending of Ecological Fund by governments at all levels—federal, state and local governments from 2001 to date.”

SERAP said, “Suspected perpetrators of corruption and mismanagement should face prosecution as appropriate, if there is sufficient admissible evidence, and any missing public funds should be fully recovered.”

SERAP’s letter followed reports that the ravaging flooding in some parts of the country has resulted in the loss of over 600 lives, displacement of more than a million persons, and destruction of properties worth billions.

In the open letter dated October 22, 2022 and signed by SERAP deputy director Kolawole Oluwadare, the organisation said: “trillions of ecological funds have allegedly gone down the drain. The resulting human costs directly threaten human rights – rights to life and to a place to live – rights that your government has an obligation to protect.”

SERAP said, “Irrespective of the cause of a threat to human rights, your government still has positive obligations to use all the means within its disposal to uphold the human rights of those affected.

SERAP also said, “Although ecological funds are shared across the three tiers of government, and emergency management agencies, the funds are managed and supervised by the Federal Government.”

The letter read in part: “Your government has the legal obligations to hold all tiers of government and emergency management agencies to account, and to trace, find, and recover any missing ecological funds.”

“Your government has the legal obligations to address the calamitous consequences of flooding for the human rights of millions of people, and to prevent and address some of the direst consequences that climate change may reap on human rights, especially given the disproportionate impact on vulnerable people and communities.”

“Your government must use all means available to it to prevent and address the threats to human rights that result from climate change, and to provide access to effective remedies for victims when these rights are violated.”

“Your government has a positive obligation to protect individuals against the threat posed to human rights by climate change, regardless of the causes.”

“Your government also has legal obligations to effectively address the aftermath of the flooding such as deterioration in health, diminishing access to safe drinking water and susceptibility of the areas affected to disease.”

“We would be grateful if the recommended measures are taken within 7 days of the receipt and/or publication of this letter. If we have not heard from you by then, SERAP shall consider appropriate legal actions to compel your government to comply with our request in the public interest.”

“Climate change also has the potential to exacerbate existing threats to human rights in the country. Rising global temperatures will jeopardise many people’s livelihoods, increasing their vulnerability to poverty and social deprivation.”

“In order to uphold its constitutional and international human rights obligations, your government must respond to the impacts of the flooding, and of climate change generally.”

“According to the audit of the Ecological Fund Office carried out by the Nigeria Extractive Industries Transparency Initiative, (NEITI), the total amount allocated and received by the fund from December 2011 to November 2016 was N277 billion.”

“The operations of the Fund from 2012 to 2016 reportedly showed that some of the disbursements were not utilised for the purpose for which it was established.

During these periods, N74, 170,932,645.20 was released to State Governments to solve ecological problems in their States.”

“Impunity for corruption in the management of Ecological Fund will continue as long as high-ranking public officials go largely unpunished for their alleged crimes. It is by pursuing these allegations and taking the evidence before the court that the truth will be revealed and justice best served.”