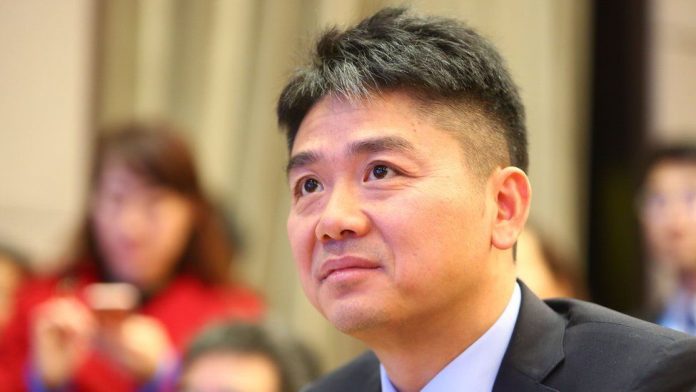 IT was meant to be one of the biggest #MeToo trials China had ever seen, set to play out on the other side of the world in the US state of Minnesota.

The defendant was a 49-year-old billionaire who’s been called the “Jeff Bezos of China”. The accuser was a 25-year-old Chinese graduate student who said he sexually assaulted her.

The civil trial would play out in an open court – nearly impossible in China, but the reality in this case, as the trial would take place in Hennepin County, Minnesota, where the offence allegedly happened.

But in a stunning twist of events on the eve of their court battle, Richard Liu – better known to the Chinese as Liu Qiangdong – and Liu Jingyao have agreed on a settlement, averting trial.

The two are not related, Liu being a common Chinese surname. The BBC is naming Liu Jingyao as she has previously publicly identified herself.

A statement released on Saturday night by lawyers for both parties said the incident that took place “resulted in a misunderstanding that has consumed substantial public attention and brought profound suffering to the parties and their families”.

“Today, the parties agreed to set aside their differences, and settle their legal dispute in order to avoid further pain and suffering caused by the lawsuit.”

Details of the settlement have not been made public.

The news has surprised many in China and dominated Chinese social media, where within hours related hashtags racked up hundreds of millions of views and comments on Weibo.

Millions of Chinese were planning to closely watch the trial unfold in a legal system far more transparent than in China. Some experts believed that Liu Jingyao stood a better chance at winning in the US.

Now, with a settlement made behind closed doors, the case is likely to prompt even more speculation and add to the uncertainty of China’s beleaguered MeToo movement.

Long before the trial was due to take place, the Chinese public’s perception of the case was profoundly shaped by a series of video and audio clips showing some of what transpired on the night of 30 August 2018.

At the time, Liu Jingyao was studying at the University of Minnesota. She was invited to attend a networking dinner organised for Richard Liu, the well-connected founder of e-retailing giant JD.com, and other powerful Chinese executives. The two went to her apartment afterwards.

Liu Jingyao said she was pressured to drink excessive amounts of alcohol at the dinner by Richard Liu and other guests. She said he physically forced himself on her while they were travelling in a car and she was too intoxicated to resist. He then followed her to her apartment and raped her despite her protests, she said.

Richard Liu said she was not overly intoxicated, and she willingly invited him to her place where they had consensual sex.

The BBC reports that immediately after the incident, Liu Jingyao told a friend what had happened, who in turn called the police. Richard Liu was arrested, which made headlines across the world. He denied wrongdoing and was released the following day.

Weeks later, following an investigation, local prosecutors declined to press charges, saying there were “profound evidentiary problems” which would make it difficult to prove the allegations.

In April 2019 Liu Jingyao filed a civil lawsuit against Richard Liu accusing him of sexual assault and claiming at least $50,000 (£44,800) in damages. The courts had ruled there was enough in her claim to proceed to civil trial, and that his company could also be found liable for some damages.

Shortly after filing her suit, video clips taken from police bodycams, surveillance cameras appeared online. They show Richard Liu and Liu Jingyao interacting outside the restaurant where they had dinner and at her apartment block, and also Liu Jingyao speaking to police shortly after the incident.

The snippets of footage came from material lodged as evidence for the case, and first surfaced via lesser known Chinese media outlets, including one that has since vanished.

Liu Jingyao’s lawyers and supporters claimed the clips were leaked as part of a stealth campaign to sway public opinion before the trial. Richard Liu’s lawyers have denied they did this and told the BBC the police had released material on request from media outlets.

What is certain is that the clips have had a lasting effect among the Chinese public in stoking support for Richard Liu and contempt for Liu Jingyao, who has been labelled a “gold-digger” and “slut”.

On Sunday, hours after news broke of the settlement, many commenters on Chinese social media appeared to see it as confirmation that Liu Jingyao had sued him to get a payout. Some described him as a victim of “xianrentiao”, or extortion after a sexual encounter.

Since launching her lawsuit, Liu Jingyao has kept a low profile as she pursues her studies in linguistics.

After dropping out of university twice – so she could recover psychologically, say her lawyers – she finally completed her degree and is now enrolled in a graduate programme in Washington University in Missouri.

The incident and the public vilification has left her with permanent post-traumatic stress disorder, and she does not want to return to China as she fears repercussions from Richard Liu and others at the dinner that night, her lawyers told the BBC.

Her lawsuit alleged the dinner was attended by executives with links to the upper echelons of the Chinese Communist Party.

She initially appeared determined to press on with her case. In a 2019 interview with the New York Times, she said she would never settle as it would mean signing a non-disclosure agreement (NDA).

It is not known why Liu Jingyao agreed to a settlement now. Her lawyers did not answer the BBC’s queries on her reasons nor whether she has signed an NDA.

But supporters believe that as the public court battle loomed near, the stress became too much for her to take.

Liang Xiaowen, a Chinese feminist activist, said she had texted with Liu Jingyao shortly after news broke about the settlement.

“She said she wanted to fight to the very end, but it’s very difficult,” Ms Liang told the BBC.

“It is a relief to her that she settled, but she feels guilty that she cannot see it to the end. She is very grateful for everyone who believed in her, and she says she would try her best to help others in the same situation.”