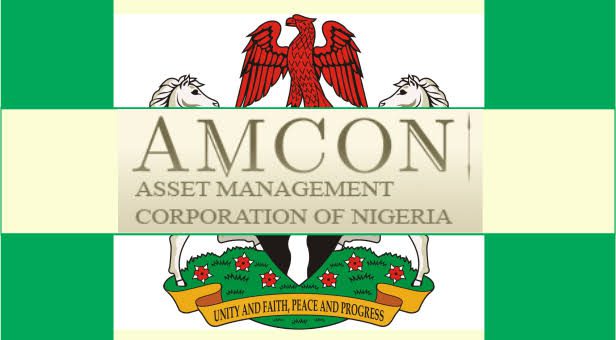 The National Coordinator Emeritus, ISAN, Sunny Nwosu, said this at a news conference over the weekend in Lagos.

Nwosu called on the Federal Government to tighten the noose on debtors and reject the aroma of the free funds from the banking industry levies.

“Our concern today focuses on the role of AMCON on sustained depressed returns on investments and the Central Bank of Nigeria’s (CBN) faulty interpretation of Insider credits in banks.

He said that AMCON in 12 years of operation had demonstrated its inability to successfully put the debt recovery issue to rest.

Nwosu said that shareholders were concerned with the losses reported by AMCON despite collecting huge levies from banks and having challenges in selling recovered assets from debtors.

He said the poor performance of the corporation was a cause of concern for Nigerian shareholders.

Nwosu said that the agency recovered only a paltry N1.4 trillion since inception with data showing that non-performing loans had increased by more than 150 percent.

He noted that at the commencement of its operations, the agency purchased 12,743 non-performing loans or eligible bank assets (EBAs) valued at N3.8 trillion from 22 eligible financial institutions (EFIs) for N1.8 trillion.

Nwosu noted that the corporation earned about N327.6 billion from 0.5 percent charges on banks’ total assets on and off-balance sheet items imposed on nine banks between 2020 and 2021.

“As part of the quick intervention in the banking sector bad debts, by Central Bank of Nigeria (CBN) through AMCON, the debt recovery agency equally received N125.9 billion from 12 commercial banks listed on the Nigerian Exchange Limited (NGX) as part of the sector’s resolution funds in the first quarter of 2022.

“But after 12 years of the agency’s operations, Nigerian shareholders have come to the conclusion that the funding of AMCON with levies from commercial banks’ cannot be continued because of its negative impact on returns on investment and the incapacitation of commercial banks to adequately intervene in the nation’s real sector,” Nwosu said.

According to him, most commercial banks and numerous corporate concerns indebted to AMCON currently struggle to remain afloat in the face of numerous litigations as the corporation appears unlikely to meet its set goals.

“Our conclusion is that the corporation is on the verge of losing the Nigerian taxpayers’ money spent in repurchasing critical toxic assets from troubled banks and other entities.

“As concerned domestic investors, our patriotism is not in doubt as we demand once again the complete review of AMCON to determine its relevance to the economy or totally abrogate the agency following the declining values of companies taken over by the corporation and the current national economic challenges”, he said.

Nwosu added that the Federal Government floating of AMCON is a distraction that has prolonged the banking industry challenges and must be eliminated with huge funds intervention like in most developing and developed climes.

“Our position, like we said before, is that AMCON has overstayed its function.

“We are averse to AMCON successfully lobbying the Federal Government and lawmakers to extend its operations but our opinion remains that if CBN wants to sustain AMCON, it must not be through levies from the banking industry,” he said.

Nwosu also accused the apex bank on abuse of insider related loans in the banking sector.

“To us as domestic investors, abuse on insider related loans remains the failure of the CBN to effectively moderate the nation’s banking industry and carry out its oversight functions.

“CBN must be proactive in implementing the laws as contained in the Banking and Other Financial Institutions Act (BOFIA). Under BOFIA 2020, the duty with respect to secured loans is simply one of disclosure,” Nwosu said.