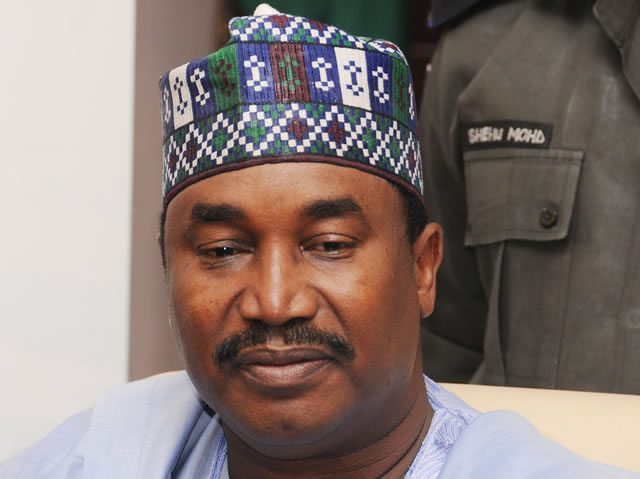 Sometime early this year, in company of a friend, I was introduced to the former Governor of Ekiti State, Chief Segun Oni, who was then contesting for the state governorship seat on the platform of Social Democratic Party (SDP) at his residence in Ifaki – Ekiti. On getting to know that the former Governor of Katsina State, Barrister Ibrahim Shehu Shema, is my oga (boss), Chief Oni received me warmly and made the following remarks in the presence of the people that gathered – “Shema is a refined politician, a special breed, an honest, perfect gentleman, his types are very rare in Nigeria political space.”

That is a testimony from a man who left the main opposition party (PDP), a party where Shema is a strong pillar, out of frustration and disappointment within the local politics of the state. I was not surprised about Chief Oni’s remarks because that has been a popular remark about this illustrious son of Dutsin-ma in Katsina State, anywhere I mentioned his name, most especially outside the northern part of Nigeria.

On September 22, 2022, Shema whose indelible mark as former Governor of Katsina State is still shining, clocked 65. As the governor of a state with low source of income, Shema, through prudent management of resources without obtaining loan from either local or foreign sources, provided free education for all students in primary and secondary schools, paid WAEC, NECO and NABTEB fees for students in public schools, including non-indigenes. He provided school buses to convey students to their various schools in the state, increased scholarship allowances of Katsina State students in tertiary institutions and ensured implementation of minimum wage and prompt payment of workers’ salary between 22nd and 24th of every month, throughout his eight years as Governor of the State.

The Shema administration did not only sponsor over 800 Katsina State students to study abroad in critical areas like Medicine, Pharmacy, Nursing, Dentistry, Computer Engineering, he also established Youths Craft Village where more than 4,000 youths were trained annually in various skills like Auto Mechanic and Auto Electronic, Computer Networking, Programming, Film-Making and Photography, Shoe making, Paint and Chalk making. Also, he provided free medicare to women and children, dialysis and malaria patients, accident victims; he increased the salary of health workers; rehabilitated all major general hospitals in the State and supplied new equipment; introduced Rural Ambulance Service Scheme in 34 local governments of the State.

Despite being the most vilified former Governor by APC led administration, as a result of the intimidating record of his achievements in office, loyalty and commitment to his political party, Shema still remains a rising star from northern part of Nigeria. He promoted educational advancement of Katsina State through the establishment of ICT and Business Institute (now renamed Katsina State Institute of Technology and Management by APC government), 34 Girl child primary schools across the state, over 100 ALLO Model schools to support Almanjiri education with total population of over 17,000 students as at 2015 (with free feeding, uniform, hand craft training and stipends to teachers), built Umaru Musa Yar’adua University, established over 200 new secondary schools, facilitated the establishment of Federal University of Dutsin-ma with huge financial support.

If Nigeria is a country where things work efficiently without political colouration, bickering and rancour, Shema should be a classical case study of service delivery of good governance in an atmosphere of scarce resources. For instance, without any loan facility it remains a mystery how as a governor, he built 35,000 sitting capacity Kankada stadium (now renamed Muhammadu Dikko stadium by APC government); new ultra-modern Government House (Alumma House) now renamed Muhammadu Buhari House by APC government; built over 3,500 houses in the capital of Katsina, and in each of the 34 local governments in the state and Karfe District Abuja; built over 3,000km of roads; dualised the township roads of Malumfashi, Kankia, Mani, Dutsin-ma, Daura, Funtua/ Sokoto road bye pass; built ring road around the capital of Katsina; built Katsina City Mall, Dubai International market and 34 model markets in all the local governments of the state; provided 3000 boreholes across the state; built over 100 semi urban water schemes; expanded Katsina State International Airport; procured and distributed 340 Messi Ferguson tractors at discounted price to farmers; established Katsina Songhai agricultural projects in three senatorial districts of the state; provided fertiliser for farmers at the cost less than N1800 throughout his eight years tenure.

Surprisingly, despite all these laudable projects recorded, the Shema administration did not owe civil servants or contractors as at 29, May, 2015. He did not borrow money to implement any project, did not indebt the state, and also, he left over N14 billion in the coffers of the state government and local governments as at 29, May, 2015. It is instructive to note that Shema has declined series of pressure to contest any elective position since he left office as a Governor.

He was appointed as Katsina State Attorney General and Commissioner for Justice between 1999 and 2003. In 2003, after the re-election of the then Governor Umaru Musa Yar’adua, Shema was considered to be re-appointed as the Commissioner for Justice or Secretary to the State Government, but he declined and pleaded with his leader, the late Yar’adua to allow him to return to his thriving private law practice, although fate late beckoned on him to become the state Governor in 2007 after a stint as Deputy National Chairman of the People’s Democratic Party between 2005 and 2007.

Although Shema has suffered political intimidation, harassment from the ruling APC government, in addition to series of betrayal he experienced from his political family, all in an attempt to wipe out his towering legacies, but the legacies of legends will always speak, even after their exit from the world, it will be in the overall interest of Katsina State and Nigeria for critical stakeholders to encourage and support the likes of Shema to remain active participant in the political space, as it appears ‘my oga’ is gradually losing interest.

Shema studied Law and graduated from Ahmadu Bello University, Zaria in 1983 at the age of 26. He was called to the Bar in 1984 at the age of 27. His foray into business was a success, where he served as the Managing Director of conglomerates such as Solidarity Holding Limited, Tools Manufacturing Ltd, Lagos. He was once a dealer for Crown Flour Mill, WAMCO Nig Plc (manufacturer of Peak milk), WEMPCO Company (manufacturer of building materials). He built his first house in Kaduna in 1987 at the age of 30 through hard work and discipline, and by 1997, he already built four blocks of flats in Wuse Area of Abuja, among other assets. In the legal profession, Shema is a success. He established a Law firm known as Shema Oscar Blonwu & Co in Lagos, and later when his partner relocated to the Eastern part of Nigeria due to the demise of the partner’s father, Shema established Shema Ibrahim & Co with concentration on International Aviation and Corporate law representing numerous international companies.

Happy birthday my oga, the apostle of good governance, honesty and integrity!