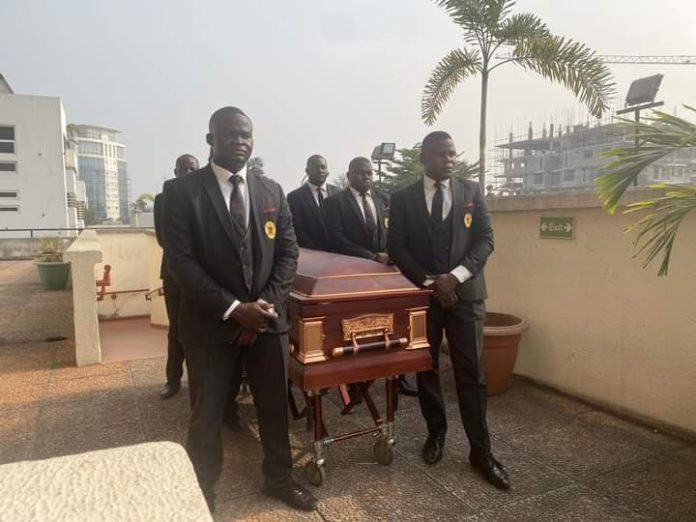 Lawyer, Bolanle Raheem, who was shot dead on Christmas Day in Lagos, has been buried in the Ikoyi area of Lagos on Tuesday.

A service of songs was held on Monday before her burial on Tuesday.

Meanwhile, the trial of the Assistant Superintendent of Police, Drambi Vandi, accused of killing her has commenced at the Lagos State High Court, Tafawa Balewa Square annex, on Monday.

He pleaded not guilty to the one-count of murder, that he’s facing.