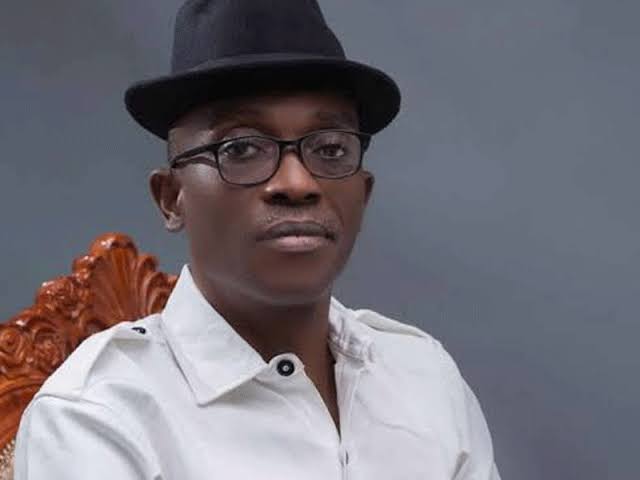 National Chairman of the Labour Party, Julius Abure, has noted that the recent comment of Chukwuma Soludo, governor of Anambra, about Peter Obi is the result of “jealousy”.

Abure said this in a statement on Tuesday.

On Monday, Chukwuma Soludo, governor of Anambra, in an article, had said the LP presidential candidate will not win in the 2023 general election.

Prior to the Monday article, Soludo had said the investments by Obi for Anambra, when the latter was governor, are now “worth next to nothing”.

Reacting, Abure described Soludo as desperate, adding that the Anambra governor should have taken a more informed position.

“The governor of Anambra State, you could see that his comment is born out of selfishness.

“I mean for somebody who was CBN governor, who should know the importance of investment which has been acclaimed by other governors to be one of the best that he has done in Anambra State, I mean for such a man to demean such a person, will tell you that he is acting from a selfish point of view.

“I want to also say clearly that even Soludo rose on the legacies of Peter Obi. He came to power through the platform of APGA and Peter Obi built the party, consolidated it, worked for the people of Anambra, which gave confidence to the people to continually vote for APGA.

“And therefore, one can say clearly without any fear of contradiction that Soludo is riding on the legacies of Peter Obi, because if not that Peter Obi built APGA by his performance, by instilling confidence in the people to have confidence in the party, Soludo would not have had the platform on which he would have become governor.”

The LP chairman urged the party’s supporters to ignore Soludo’s position, and expressed optimism that the party would win in the 2023 general election.

“Therefore, I see Soludo’s comments as a distraction, and I urge the people of Anambra to treat it with a pinch of salt to discountenance it, disregard it,” he said.

“By the time we take our campaign to Anambra, we will test and see who is popular in Anambra.

Like Sonny Okosun would say, we will know who owns the land.

“The opinion of Soludo is a minority opinion and should be treated with a pinch of salt.

It’s very clear that he’s not speaking the mind of Anambra. It is a minority and myopic point of view, and the people of Anambra, even without consulting them, I can say it clearly that it is not a popular opinion and that’s why I’m saying that.

“And because of his comment, Anambra State will be the state that we will take our campaigns to very soon so that we can test our popularity and test to see who owns the land.

“My candid advice to him is that he should tone down his comments because he would be destroying his future, destroying himself if he continues along these lines.”

Also, the Obi-Datti presidential campaign organisation, in a statement on Tuesday by Ndi Kato, its spokesperson, said Soludo’s write-up on Obi is filled with misrepresentations.

“We read with amusement and dismay, a very lengthy and belaboured treatise of an article, written by Professor Chukwuma Soludo, governor of Anambra State, focused on our Presidential Candidate, His Excellency Peter Obi,” the statement reads.

“It seems obvious that Professor Soludo is itching for the limelight, in this election season, perhaps fired up by possible understanding or alliance with our struggling political opponents.

“While we note the glaring fallacies, misrepresentations, personal insinuations and signs of personal vendetta in that long write-up, neither His Excellency Peter Obi, the Obi-Datti Presidential Campaign Organisation, nor the Labour Party, for that matter, has any interest in an extended engagement with Prof Soludo at this critical time when there is a bigger fish to fry.

“His Excellency Peter Obi has his work well cut out for him, this campaign season. Primarily, he is accelerating his reach-out and influence to all Nigerians, rural and urban, in all areas, regions and states; and firmly engaging them, on his critical and visionary plans to take the country from consumption to production.

“In doing this, Mr. Peter Obi is firmly placing the Youths, intensive Agricultural revolution, and revamping of critical areas of the economy as part of the focal points in the drive to turn around our fortunes and take back our country.

“We, the youths, spreading across partisan political lines, have found reason to place the highest level of trust and confidence in HE Peter Obi, and we are committed to continuing to a partnership with him, transparently, vigorously and creatively, to bring to fruition, the vital changes urgently required in this our country, of so much potential.”