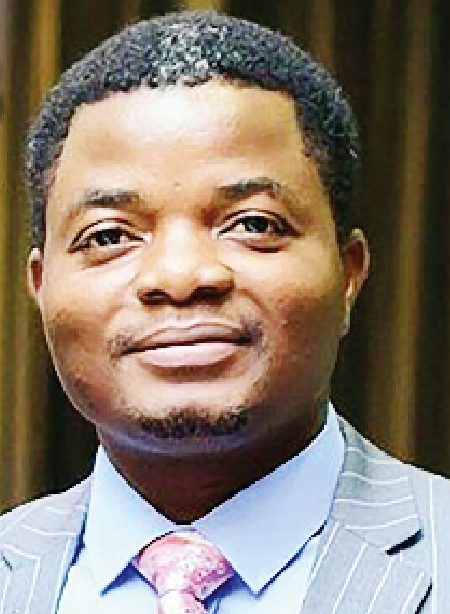 There is an urgent need for state governments in the country to double their efforts to generate revenue from their domains to be able to run their affairs, as a good number of them may soon face revenue crisis due to overreliance on revenue from the centre. A report released recently by Budgit on how sustainable the states are showed that over 91 percent of the states got at least 50 percent of their revenue from federal transfers while 13 states got 70 percent of the money they spend from the joint revenue purse. The danger, however, is that the commonwealth is drying up as a result of declining revenue from oil and pressure from oil subsidy, which means that some states may soon become moribund, except they generate more revenue internally. BAMIDELE FAMOOFO reports.

Budgit, a leading research company in Nigeria, based in Lagos, disclosed in its 2022 State of States report that the bulk of the states still rely heavily on federally distributed revenues to implement their budgets.

Being faced with declining revenues owing to Nigeria’s subsidy regime and the volatile price of crude oil, over-reliance on federal transfers is becoming increasingly unsustainable. Hence states as a matter of urgency need to wean themselves off the dependence on federally distributed revenues by significantly improving their capacity to mobilise revenues internally.

Expenditure
Occasioned by the need to stimulate their economy to build back from the economic doldrums of 2020 and improve service delivery, the cumulative expenditure of the 36 states increased by 27 percent from N5.23 trillion in 2020 to N6.64 trillion in 2021.

“The five most indebted states—Lagos, Kaduna, Rivers, Ogun, and Cross River are responsible for 37.09 percent of total subnational debt”

Notwithstanding, while 31 States increased their total expenditure from the previous year, five states reduced their expenditure, with Zamfara having the highest decline of 15.59 percent.

Several states implemented reforms to identify ghost workers and eliminate payroll fraud, leading to decline in the year-on-year growth of the personnel cost of seven states.

However, the cumulative personnel cost of the 36 states grew by 5.38 percent from N1.46 trillion in 2020 to N1.54 trillion in 2021. Interestingly, nine states reduced their overhead cost from the previous year, signaling a reduction in the cost of governance.

Conversely, 11 states increased their overhead cost from the previous year by more than 40 percent, with Akwa Ibom having the highest growth. Commendably, cumulative spending on capital expenditure by the 36 States grew by 52.52 percent from N1.77 trillion in 2020 to N2.70 trillion in 2021. Eight states increased the capital expenditure year-on-year by more than 100 percent. However, just five States—including Anambra, Ebonyi, Cross River, Kaduna, and Rivers, prioritized capital expenditure over operation expenses, signaling the prioritization of investments in infrastructure, job creation, and human capital development.

Debt outlook
According to Budgit, the cumulative debt stock of the 36 States grew by 8.68 percent from N5.86 trillion in 2020 to N6.37 trillion in 2021.
“A more disaggregated view of the subnational debt shows that 11 states reduced their total debt liability, with Delta State having the most impressive decline of 33.84 percent.

Four states, Oyo, Yobe, Ogun and Sokoto grew their total debt stock by more than 40 percent from 2020. The five most indebted states—Lagos, Kaduna, Rivers, Ogun, and Cross River are responsible for 37.09 percent of total subnational debt. Kogi State, which recorded a foreign debt year-on-year growth of 85.65 percent, ranked number one among the 17 States that grew foreign debt in 2021.”

The four states with the highest dollar-denominated debt ($250mn and above) are Lagos, Kaduna, Cross River and Edo. They are the most susceptible to exchange rate volatility.

“However, all states need to check their appetite for acquiring dollar-denominated loans, especially in an era of low foreign direct investments and dwindling foreign reserves,” Okeowo warned.

Rankings and state’s comparative viability
Rivers State maintained its overall fiscal performance ranking of the 1st position from last year. While two states, Kaduna and Cross River made it to the top five on the overall fiscal performance ranking. Yobe State dropped to the bottom five having fallen 13 places from 21st in 2021 to the 34th position in 2022.

“Comparatively, the operating expenses of Yobe and Bayelsa (the least ranked states) was more than seven times the revenues generated by both states internally, reinforcing the heavy reliance on federal transfers and budget support to fund their budgets. “Save for three states which ranked the least—Anambra, Kogi and Kebbi—33 states experienced an increase in their IGR from the previous year, with 13 states growing their IGR by more than 50 percent. Jigawa, Delta, Ebonyi, Akwa Ibom and Nassarawa ranked 1st – 5th respectively on the debt sustainability of the 36 states.

“However, all states need to check their appetite for acquiring dollar-denominated loans, especially in an era of low foreign direct investments and dwindling foreign reserves”

Governance reforms for a new era
Budgit disclosed that in the last five years, there have been initiatives by multilateral institutions to incentivize governance reforms in states across the federation.

One such population commendable initiative is the World Bank-funded, State Fiscal Transparency, Accountability and Sustainability (SFTAS) Programme for Results (PforR). The SFTAS Programme for Results—which has midwifed several subnational governance reforms, leading to relatively increased fiscal transparency and accountability, strengthened domestic revenue mobilisation, strengthened efficiency in public expenditure and strengthened debt sustainability. On fiscal transparency, the 36 states of the federation currently publish in a timely manner their proposed budgets, approved budgets, budget implementation reports, and audited financial statements for both the states and the local governments.

In the same vein, many states have enacted an Audit Law that grants operational and financial autonomy to the Offices of Auditors-General of the State and Local Governments, thereby empowering their supreme audit institutions to effectively hold governments accountable. 35 States, excluding Taraba, have captured the biometric and BVN data of at least 70% of the civil servants and pensioners on their payroll, and linked the captured data to their payroll management system.

As result, at least 15,397 ghost workers have been identified and eliminated in 13 states across the federation. Importantly, only few states have been able to establish and operationalise a state-level functional Treasury Single Account to ensure that it covers at least 70 percent of all its finances.

The non-implementation of the TSA creates loopholes for revenue leakages and the mismanagement of scarce revenues.

All states need to establish and fully operationalize their TSA. Many states have improved procuring practices by enacting legislation for public procurement that conforms to the UNCITRAL Model Law.

However, a lot of states are yet to fully implement e-procurement to ensure that all MDAs are covered. Similarly, a number of states are yet to ensure that all the schedules of contracts awarded for the year are published online as required under the Open Contracting Data Standards and in line with the procurement laws/guidelines. Non-implementation of procurement law provisions on the full publishing of contracts slows down beneficial ownership reforms at the subnational level, which is one of the best ways to eliminate procurement fraud in relation to Politically Exposed Persons.